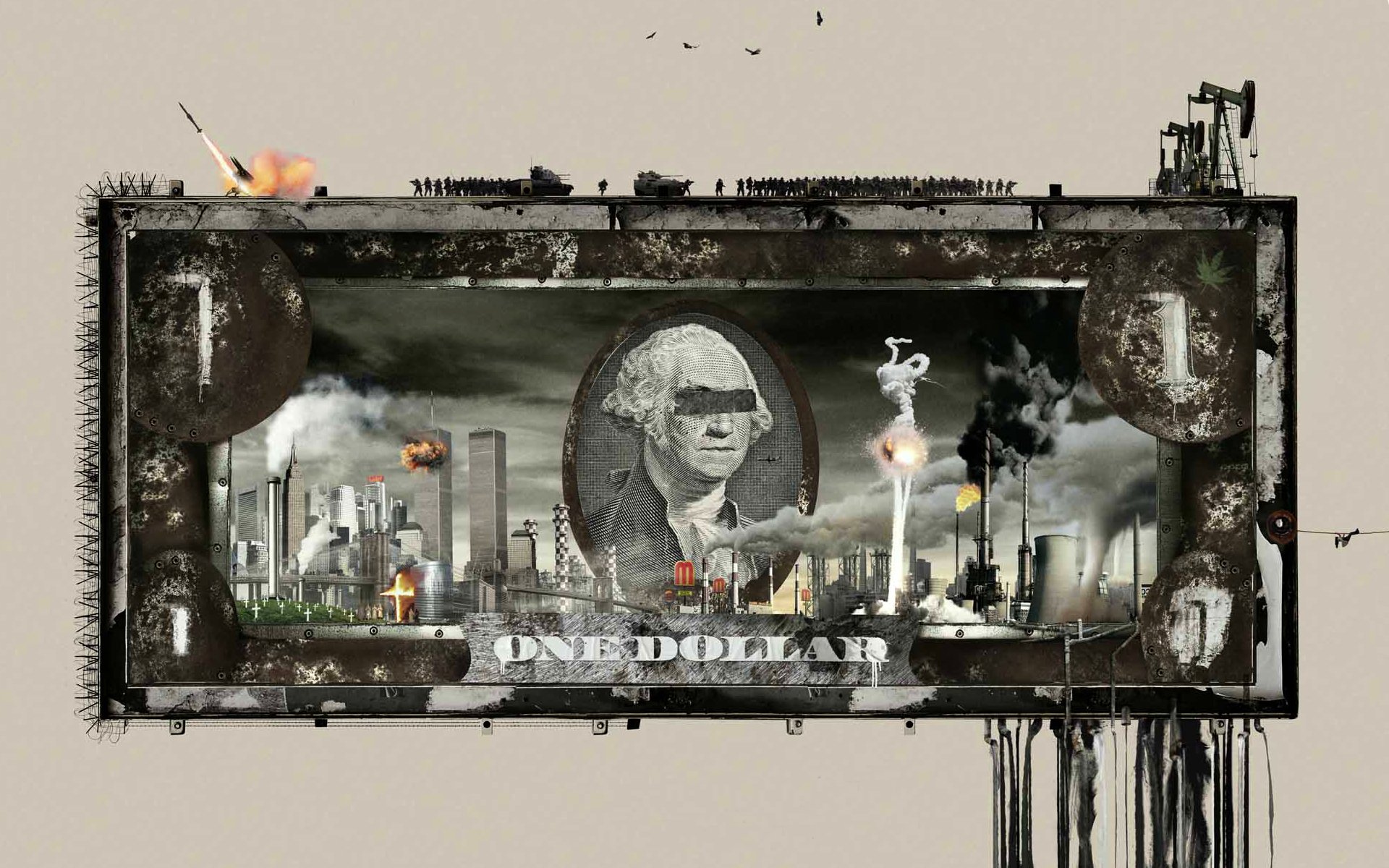 “I would like to single out a few examples of these, starting in the field of energy. Germany as a consumer and Russia as a producer are already natural partners here. But we will need each other even more in the future, also in this area.

We want to assist Russia in further modernizing its energy sector, from exploration and processing to distribution. Above all, however, our countries have a shared interest in increasing energy efficiency. In the long run, even an energy giant like Russia cannot afford to lose approximately 40 percent of its energy production enroot to the consumer. Here we clearly have a win‑win situation for both sides. Russia will gain more energy for its own consumption and export. We will benefit if German companies are involved in the moderniza­tion of energy infrastructure. At the same time, we will enhance the security of the German and European energy supplies”.

Bob Dylan, “The Times They Are A-Changin”

The World wonders how a Great Country like Germany made such a gross mistake as to base its whole economic existence, present and future in the hands of an authoritarian State and the decisions of one autocrat, Putin.

It started in the 1980s, German policymakers rejected Reagan’s administration objections and built the first pipeline to supply Germany with Oil from Russia, at very competitive prices indeed.

Germans went further than that. In the 1990s when Caspian Hydrocarbons from the ex-Soviet States were appearing on the international market, Germany killed the EU initiative Inogate which was to supply Southern Europe with Caspian Hydrocarbons, and replaced it with several new Hydrocarbon pipelines from Russia through Ukraine.

As Dr. R. Gotz wrote in Geopolitical Affaires in April 2007 expressing the views of the German establishment: “Germany, which can rely on continuing to be reliably supplied with Russian oil and gas, has no reason to take part in the race for the in any case overestimated ‘”energy resources of the Caspian Sea”. It will gain nothing and only awaken Russian suspicion.”

From 2005 to 2010 several serious disputes between Gazprom and the Ukrainian Naftogaz resulted in a series of disruptions in the deliveries of Russian Gas to Europe. The Germans were not alarmed.

This is the period that Merkel took over from Schroeder as German Chancellor. As Chancellor, Gerhard Schröder was a strong advocate of the Nord Stream 1 pipeline project, which planned to supply Russian gas directly to Germany, thereby bypassing transit countries.

In 2005, Schroeder hastily signed the deal just as he was departing the office of the Chancellor.
Within weeks, he started to oversee the project implementation himself, leading Nord Stream AG’s shareholder committee. This put forward questions about a potential conflict of interest and whispers of corruption.
Those rumors were strengthened because on 24 October 2005, just a few weeks before Schröder stepped down as chancellor, the German government guaranteed to cover 1 billion euros of the Nord Stream project cost, should Gazprom default on a loan.
The “Peace Enforcement Operation” in Georgia in 2008, or the problems in supply mentioned above could stop the German impetus for Trade with Russia.

Despite all warnings, Germany adhered to a single source of Energy supply, Russia.
In 2011, the year Nord Stream 1 finally opened, German total trade exports to Russia rose 34%.
On 30 May 2011, the German government under Merkel announced a plan to shut all nuclear reactors by 2022, thus essentially basing its whole Energy system in the hands of Russia.
Even after the 2014 events in Ukraine, the German government agreed to sell several gas stores, including one of Europe’s biggest, to Russian gas giant Gazprom in 2015.

Russia’s annexation of Crimea in 2014 did not alter the close relationship of Germany with Russia, particularly in the Energy sector.

In 2015 Germany’s support for the expansion of the Nord Stream 2 gas pipeline, and 2018 granting permits for construction and operation in German waters and for landfall areas, damaged relations with Ukraine and several EU and NATO member states that saw Germany disregard broader European interests.
Significantly, the Qataris tried for five years to enter the German gas market unsuccessfully.

Germany now is facing Industrial bankruptcy due to the Russian Gas cutoff.

To assume that the whole political class of Germany and its ruling elite is composed of naive idiots is not only untrue but also unacceptable.
Why, therefore, despite all indications and warnings Germany went ahead and tied its very existence to one Country and one autocrat without any backup and any redundancy after the warning for the consequences was not only possible but realistically visible in a blatant way?

The first answer is that for the last 20 years up to and including present Germany’s political class is composed of the “usual suspects”.
The present President of the Republic Frank -Walter Steinmeier, an architect of Russo-German Energy and Economic fusion, is a good example.
– He was Vice-Chancellor under Angela Merkel.
– He was Minister of Foreign affairs under Angela Merkel.
– He was the leader of the Opposition.
– He was the leader and previously deputy leader of the Social Democratic Party succeeded by Olaf Stoltz.
– He was Head of Chancery under Schroeder.
All major German politicians collaborated for many years, changing places as required.

Over the decades, regardless of whether the Social Democrats or the Christian Democrats were in government, both parties consistently and faithfully pursued economic and political relationships with Russia. This pursuit was based on national interests determined by profit and self-interest, not Western values or principles to which Germany notionally adhered.
The excuse for these Policies was that they will lead to stability in Europe. 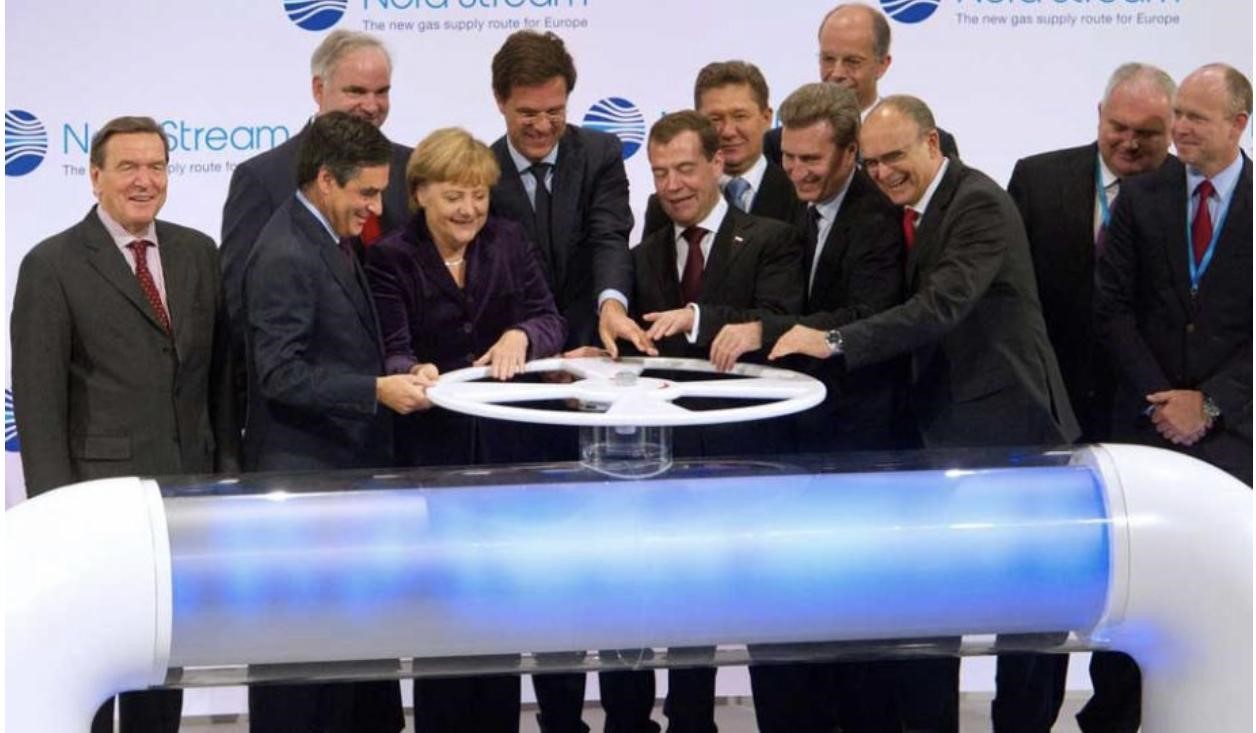 The “usual suspects”
As Carnegie Europe recently wrote: “Russian elites were able to undermine institutions and stakeholders in Europe through corruption and money laundering. European banks and financial businesses played a crucial role in transferring corrupt money into the real economy and the real estate market. The energy sector was central in providing funds to bribe decision-makers in member states and fund supporters of a Russia-friendly political and economic environment that would benefit the Putin system”.

Over the years, the Russian regime embedded itself in the German economy and integrated itself with the German elite. Such developments prevented the EU from forging a coherent, critical strategy toward Russia.
Scandals of corruption and graft tolerated, if not actively assisted, by the German State abound and are exposed continuously by German Mass Media.

Schroeder in 2022, became a member of the Board of Directors of Gazprom which Company broke its supply contract with Germany.
Schroeder is still a member of the ruling SPD party.
Space does not allow us to list all scandals here.

The following is an extract from the New York Times: “Dec. 2, 2022 SCHWERIN, Germany — Between a tram stop and a kebab shop, the gray building in the northeastern German city of Schwerin looks innocuous enough — and so does its tenant, the Foundation for the Protection of the Climate and Environment.
Yet this regional foundation, created 23 months ago by the local state government, has done little for the climate. Instead, it served as a conduit for at least 165 million euros from the Kremlin-owned energy company Gazprom to build one of the world’s most contested gas pipelines: Nord Stream 2.
……… Under mounting legal pressure, his foundation disclosed that it had received €192 million from Nord Stream 2, money it used to play middleman in the construction of the pipeline involving 80 companies in 119 transactions worth €165 million.
The foundation also confirmed that, for every transaction on Nord Stream 2’s behalf, the foundation earned a 10 percent commission”.

Despite the above, there is no fundamental change in German policy toward Russia. Germany does not feel threatened.
Stoltz already backtracked for Germany’s defense spending. The 2 % target would be missed not only this year but also likely next year: “It’s still open whether that [goal] will be achieved” in 2023.
There is a “cautious expectation that Germany would still meet the target within this legislative period, which ends in 2025.”