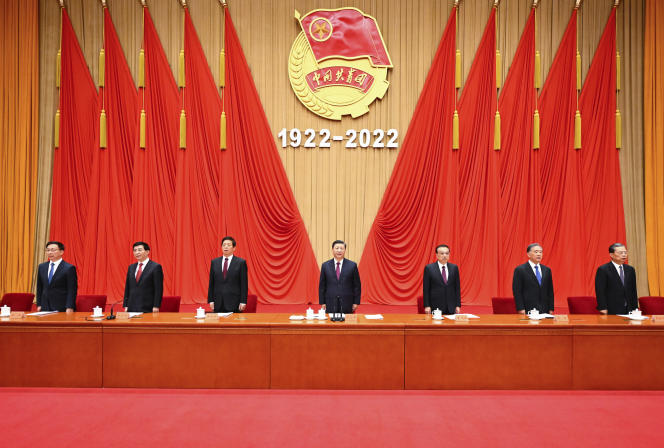 The title “Great Helmsman”, previously only conferred to President Mao, is the best signal that the China of Economic muscle is replaced by China of Geopolitical muscle.

All old policy top members of the Party are pensioned off and the new ones, blindly loyal to President Xi, are there to ensure that the new, One man’s rule, is here to stay.

The way that he treated Hu Jintao, the leader of the Chinese Communist Party (CCP) from 2002 to 2012 by expelling him publicly from the closing ceremony of the Communist Party Congress is indicative of his frame of mind.
The Maoist profile of President Xi is further enhanced by his reference to “The Great Struggle” ahead. “Struggle” is a principal term used by Mao.

All indications are there to demonstrate that the role model of President Xi is President Mao.
There is one difference: the toiling and striving to survive the China of President Mao is now replaced by China which is the second World Power battling to become the first.
Just by achieving the position of the uncontested autocrat of China for the extraordinary third five-year period, President Xi can be characterized as a Great Man. The term is used to denote historical importance, not grandeur.

There are several consequences from the actions of Great Men in History, most of them undesired.
It is a fallacy that Great Men are rational. Great Men are driven by their ideas, perceptions, and most of all biases. It is their efforts to rationalize the above that make them appear rational for a time. – So is President Xi.
President Xi considers that the failure of the West is due to its nihilistic approach, the rejection of all political, religious, and moral principles, and living a meaningless existence.
For this reason, Xi maintains that the Communist Ideology and a strong, all-seeing, and controlling Communist Party, are the absolute perquisites for the survival, expansion, and greatness of China.

This was sealed by his election as essentially the Dictator of China. Control for Xi is his key policy.
It is therefore established now that the aim of Chinese Prosperity is replaced by the aim of Chinese World dominance. This is planned in stages.
The prosperity promised to friendly Countries through the Belt and Road Initiative (BRI) is replaced by Safety under the Chinese Leadership Initiative.
This has already started to be applied.

At the Samarkand summit last month, President Xi forgot for a moment his “no limits friendship with Russia” and managed to attract Kazakhstan, the greatest of the Central Asia Countries, into the Chinese embrace. China is rapidly developing a bigger political/economic presence in Central Asia pushing out both Russia and the US.
From the Arab Gulf to Africa and from Central Asia to the Solomon Islands China is building its own partners and satellite chain, using this time more the notion of Safety than the notion of Prosperity. 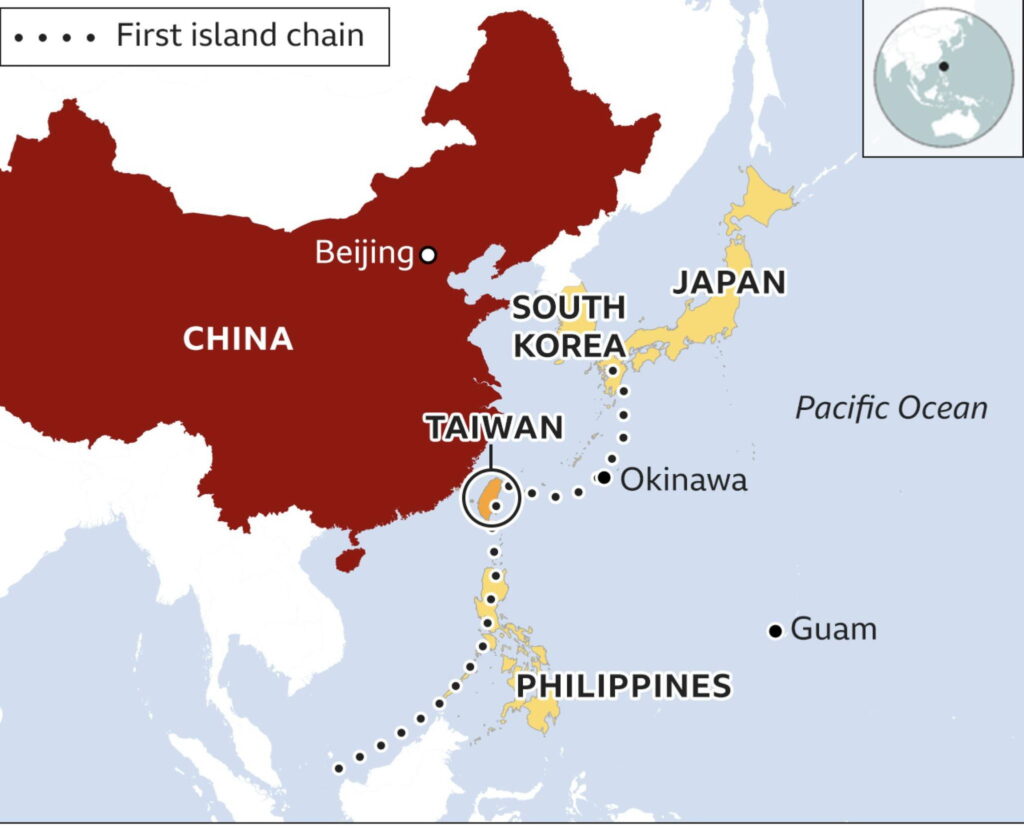 The above map shows only the first phase of the Chinese expansion which has been already partially achieved. (source: BBC)

Xi follows the dictum of Mao that “Political power grows out of the barrel of a gun”.
Xi promised in 2015 that he will develop the People’s Liberation Army (PLA) into a World class force to match the US Armed Forces.
He has already achieved it in the Chinese Navy which is the biggest in the World.
The Chinese Nuclear Forces, by 2027 are expected to be able to deliver 700 nuclear warheads from land, sea, and air.

The Chinese government announced a defense budget of ¥1.45 trillion for the fiscal year 2022, which is a 7.1% year-on-year increase from 2021. It is now the second largest in the World. 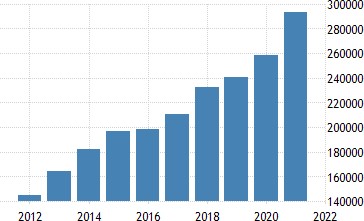 China’s top military brass is prepared for war as the nation faces mounting military confrontation with the United States.
Defense Minister General Wei Fenghe said China was running into “severe and grave national security conditions” and that it was important for the military to adhere to President Xi Jinping’s directives.
It is expected that by 2027 China will be ready to absorb Taiwan by coercion, intimidation, or invasion if necessary.
This will coincide with the end of Xi’s third term and a very good reason for him to continue as the Chinese Autocrat.

All similar plans historically and worldwide have to be supported by the sinews of war, and money.
The impressive development of the Chinese Armed Forces was carried in the back of a very dynamic and aggressively expanding Economy.

The Belt and Road Initiative was the plan conceived to lift China into a commanding position in Africa, Central Asia, the Middle East, and Europe using Economic/Political methods.
This now takes second place to the new initiative which aims to give China World Dominance through the existence and/or projection of Power.
This was achieved by the United States when its Economy was dominant in the World for more than half a Century.

It is not the case in China now.

Xi reintroduced the concept of “common prosperity” which was introduced by Mao when he took power away from the rich to redistribute it to the villagers.
Combining the above choices with the “zero COVID” policy, the disruption of the supply chain to and from the West, the big real estate crisis in the whole Country, many bankruptcies, most impressive in the steel and iron sector open or hidden, the disengagement of many Multinationals from China and the reduction of FDI, the tech decoupling between China and the US, the Chinese Economy is not going to develop as in the past.

As a Forbes article put it: “What China is experiencing is a textbook illustration of how a financial crisis unfolds. Failures in one place led to failures elsewhere and the associated fears and lack of confidence make the system unable to function effectively or support economic growth at all”.

This is the crux of the matter.

China under Xi is increasing its Military effort and spending, projecting the threat of Power and threatening its use.
At the same time, the Chinese Economy is declining and there will come a point in the next very few years when the diminishing Economy will be unable to support the sustained Military demands.
The discontent and rivalry with the West become bigger and bigger. We already observe this confrontation creeping toward War.
There never was a case, as History shows, for a Country to develop an Army that it did not use.

As the Chinese Economy falters Military development will have to diminish or be used before that.
Xi will not be able to accept a China with diminishing Power. Before the Economy breaks down, Xi will use the military option. The obvious target will be Taiwan. But it will not stop there.

When this happens, Ukraine will be considered the easy part.