UKRAINE, THE NEXT PHASE 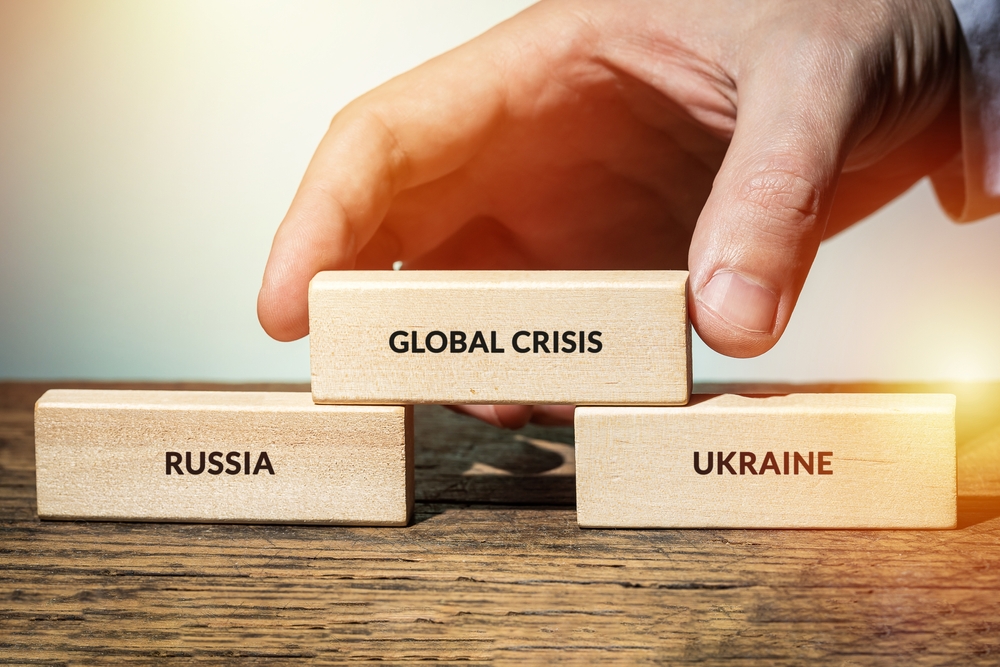 Within one week the situation in Ukraine changed dramatically and Ukraine, defensively struggling, particularly in the Eastern part, emerged victorious in a battle that regained 8000 or more square kms of Ukrainian land.

As expected Mass Media exploded in the hype and only the death of the British Queen moderated the storm of news and analysis of this “sudden” reversal of the situation on the battlefield.

With the utmost respect for the bravery and ability of the Ukrainian Armed Forces to perfect execution of an inspired and very elaborate plan, there is nothing “surprising” in this achievement.

This achievement has been prepared, improved, perfected, and polished since 2014.

Going back before that, the squeeze on Russia by NATO with the US leading, effort started at the beginning of this Century.

The following image is self-explanatory:

With the ousting of Yanukovych in Feb 2014, and March 2014 Russia annexed Crimea.
Ukraine signed the EU association agreement in June 2014.
Russian forces then started an open invasion of Donbas on 24 August 2014. The bags of Aeolus were fully opened.

The 2022 victory of Ukraine in the Kharkiv area started being prepared in 2014.

The US understood that the EU wanted the Economic prize of Ukraine without however coming out from its Geopolitical torpor and America, which wanted the Geopolitical prize, took over.

The seeds of the 2022 Ukrainian victorious attack were sown in 2015.
It was then that the US started a systematic reorganization and training of the Ukrainian Armed Forces.

More than that, the US and its Allies established an unbreakable system of communications including Elon Musk’s satellite network, the dominance of the Information Space, and a resistance cell creation for guerilla warfare which is already causing havoc for the Russian forces in the Ukrainian territories that Russia is occupying.

The West had years to perfect this, to link the Ukrainian General Staff with the US and British ones so that their planning, C4I, troopless warfare, and other dogmas bonded seamlessly.
Intensive training for years with weapons specifically selected to counter the Russian attack took place.

The strengths and weaknesses of the Russian Army were minutely studied and recorded.

When the Russians attacked the plan was ready. Neutralization of the sudden assault through extensive knowledge and anticipation as to where and how the Russians would hit.
That saved Kyiv.
Subsequently, Ukraine used a strong, prepared defense in depth to wear down the opponent, refused the Black Sea dominance of the Russian fleet, and feinted the main attack in Kherson which is necessary for the Russians to hold because otherwise, they will lose also Crimea, and started a masterly conceived and perfectly executed attack in the Kharkiv area when and where the Russians were least expecting it.

There was nothing sudden in the Ukrainian victory.
It was a very well-prepared case founded as much on the enemy’s weaknesses as on the attacker’s assets.

Overconfidence after the Russian successes in Georgia, Crimea, and the Donbas was also an important parameter that shaped the result.

THE SITUATION NOW
Although the recent Ukrainian victory is a nodal point in this war, battles continue and the momentum of the Ukrainian forward movement will wane as Russian countermeasures and logistics issues make the advance slower and more difficult.

The Ukrainian Army will continue to press on in Kherson to at least keep the Russian forces pegged there.
In the Donbas, near Donetsk, a new forward edge of battle will be established.

The war will continue in high intensity until about November. At the end of that month the “rasputitsa”, the deep mud in those areas, will make a movement outside main roads almost impossible.
The most important results of the recent reversals suffered by the Russian forces are not military but political.

Putin lost a lot of the respect that Russia had for him.
More important than that, Putin lost the international status of himself and his Country as was evident in the recent Uzbekistan summit.

Putin promised them to end the conflict “we will do all we can to end that as soon as possible.” Putin naturally blamed the Ukrainian leadership for rejecting the negotiations.

The overall result was that even his Allies in this summit strongly criticized his actions. Russia has no real support from any serious State.
The erosion of Russian Diplomacy by the failure in Ukraine had grave repercussions for Russia in Central Asia and the Caucasus.
Putin observed, powerless to intervene, that the Chinese methodically and calmly disengaged the Central Asian States away from Russia and attached them more and more to China which is offering superior prospects for them in Security and Prosperity than the Russian neo-imperialism that is threatening them.
Azerbaijan, previously in fear of Russia, ignored the Russian alliance with Armenia and attacked this Country, forcing Putin to ask not to order a ceasefire.

In the twenty years that Putin is in charge, Russia has never been weaker and its situation is steadily worsening.
While it is too early to discuss Putin’s replacement it is obvious that the situation will change.

THE NEXT PHASE
The next phase will last until about November.
It is driven by two assumptions.

From Putin’s side, the assumption is that this Winter, the consequences of Energy, Industry, and Trade disruptions through Natural Gas weaponization together with Russian political intervention under the radar in Europe, will cause such great social upheavals that will force Europe to withdraw from the fight and press the US to accept freezing of the conflict with Russia holding on whatever part of Ukraine is holding.
In the same period, Russia will intensify hitting civilian infrastructure to erode the morale of Ukrainian Citizens and put fear in their everyday life.

From the West’s side (primarily the US and Britain with the rest of Europe following with hysteresis) the assumption is that increasing the means of war gifted to Ukraine, together with the involvement of more militarily trained Ukrainians will shift the balance on the field and force Russia to cede the fight and accept a humiliating peace with its Armed Forces in tatters and Putin’s prestige -if he is still there-evaporated.

The unmentioned third possibility is the results from the battlefields.
Russians are afraid of them since now they are stripping even the air defenses of St. Petersburg to increase those in Ukraine.
If the Ukrainians continue to have the upper hand and gradually squeeze out the Russians from the areas that they now occupy then this will trigger an acceleration of important events.
The Russians will try their best in the next few weeks to stabilize their fronts.

CONCLUSION
It is now clear that if Russia continues the war with the same approach and methods that it has used up to now, Russia is going to lose a lot.

Luhansk is untenable, Kherson is still under siege and partisan warfare has already started in many cities under Russian occupation.

The Biden presidency in order to ensnare Russians further into the trap adopted an incremental approach to providing arms to Ukraine.

This is being increased gradually to provide superior weaponry to anything that Russians can put in the field. Even Germany hesitatingly increases the weapons that it grants to Ukraine and reluctantly rearms itself.

There is a significant armory of sophisticated weapons that can be given to the Ukrainian Army which can eventually nullify any further Russian aggression.
The Russians cannot match this, they are scraping the bottom of their barrel and the Iranian and North Korean’s barrels too.

This is already clear to the Russian Ministry of Foreign Affairs and Lavrov, the old fox, appears rarely and only to suggest negotiations.

Putin, even if he recognizes the coming collapse cannot admit it because then he should write himself out of Power.
Putin must do something outside the box

The second option is for Putin to declare war and proceed to a general mobilization.
The cost to the Russian Society in such a case will be immediate and direct while any military benefits will appear only after six months to a year.

The third option is for Putin to unilaterally freeze the war and let the Winter pass, hoping for a more amenable West after the Depression of Europe, which he hopes for, softens their opposition to the occupation of parts of Ukraine.

Senior General Moltke observed: “When the Enemy has three options it usually takes the fourth one”.

Reproduction is permitted provided the author www.kassandros.gr is mentioned