THE KEY IS GERMANY

Why Germany willingly emasculated itself in the fields of Energy and Defense is a subject for historians to answer now.
More relevant is what will happen from now and in the near future.
To understand this, it is important first to understand why the blame game is not played in Germany and very little criticism is visible, regarding the Merckel administration.

The first obvious reason is that the present government of SPD was a participant in the previous CDU administration.

A more valid reason is the definitive influence of Russia on the SPD party with the jewel on the crown being ex-Chancellor Schroeder himself.
The whiff of corruption in this party smells strongly of Natural Gas.

But this is not the only problem. Understandably that the Suitors of previous years cannot become the Censors overnight.
It is not only the leadership and/or the elite that are to be blamed. It is the decades-old mentality of the German Society itself.

The above will last forever: Naive

The way to Hell is covered by laudable intentions. What we see even now is the collective refusal of Germany to address reality.

After the occupation of Crimea by the Russians in 2014, the US became actively involved in the preparation of the defenses of Ukraine.
Germany, at the same time, increased the Natural Gas intake from Russia and proceeded in 2015 with the development and completion of Nord Stream 2.

The list of inexplicable similar decisions by the then coalition of CDU and SPD running the Country is long. The current reality is not encouraging.

Germany, while appearing to align itself with the NATO position to support materially Ukraine, is sidestepping its obligations with curious obstructionism. 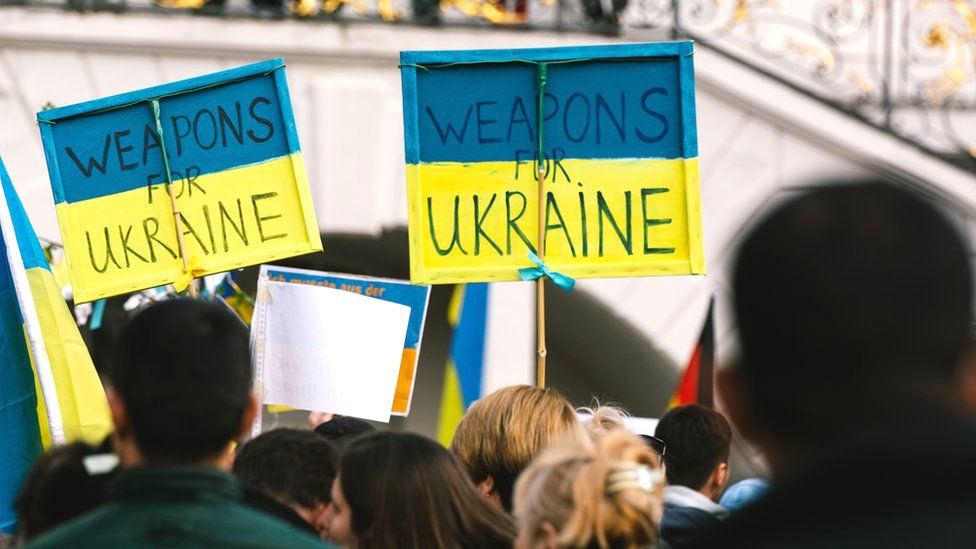 Germany promised Leopard tanks and Marder Infantry Fighting Vehicles, that are ready in the Rheinmetall AG warehouses, and then contrived a very sinuous way so as not to do it.

For example, as things stand now Germany has promised 20 Leopard tanks to Ukraine the first of which will be delivered in March 2023 and the whole quantity will be delivered by early 2024 – No comment.
Another example is that the few obsolete Gerard AA tanks delivered to Ukraine have ammunition for 20 minutes of battle – No comment.
The famous 100 billion euros rearmament Defense expenditure decided by the present German Government, now, six months after the Russian invasion of Ukraine, has not any specific weapons programs assigned to it.
Carsten Brzeski, ING’s chief economist in Germany, believes that there is a bit of a manipulation of the numbers and except for the one-time fund, defense spending is slightly higher than in the 2021 budget, but in reality, it will decrease.

While the present Bundeswehr army is about 10% in size of the present Ukrainian one, no particular effort and/or urgency is noted for its strengthening and expansion.

It is clear that Germany, while it appears to follow NATO’s confrontational policy against Russia, is in practice careful not to arm Ukraine or itself to increase Russia’s difficulties in its war against Ukraine.
To this Germany is not alone, France and Italy are aligned but they prefer for Germany to be the visible one.

The probable evolution scenario.
It is clear that as often in its history, Russia is waiting for General Winter.
Ukraine will freeze and Germany will not be much better.
Putin knows that Russia will be risking internal collapse if the war continues after the summer of 2023 – He must act this winter.
Putin will stop the flow of Gas to both Ukraine and Western Europe this winter.
Ukraine most likely will look for accommodation with Russia and Germany and the rest of Western Europe will try for the same.

The war will intensify in September & October. The most likely period for negotiations is November when the Rasputitsa, the universal mud that occurs in the area just before Winter, will make movement almost impossible outside main roads and military operations will be minimized.

It is to be expected that, at best, the West will accept a frozen conflict in the mode of North and South Korea.

This will be a good solution.