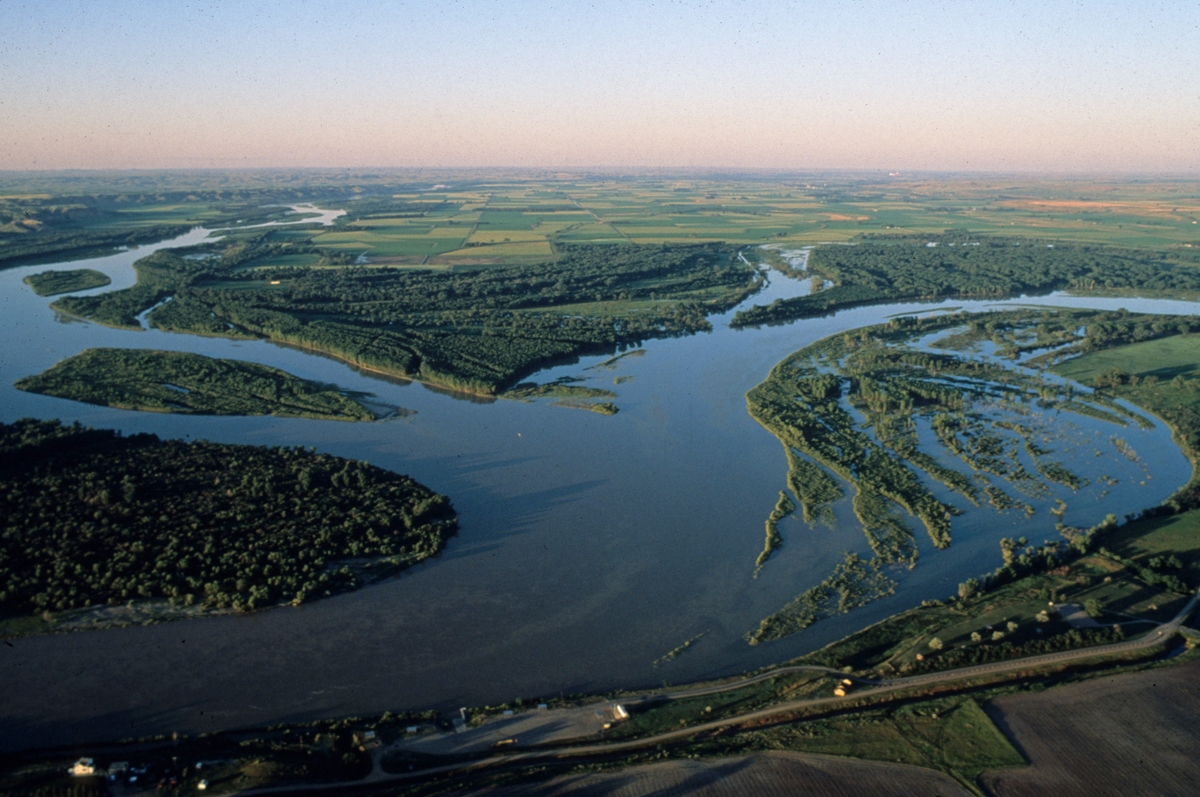 The confluence of disasters that have hit the World, some of which are natural, some through Political choice, has not been known since WW2, and to be more specific, just before WW2.

Few remember now that the German Condor division that paraded in Madrid in 1939, paraded in Paris in 1940 and that the Luftwaffe that bombed Guernica in 1937 bombed France and England in 1939-40.

History is not a copy-paste operation.

What we see in Ukraine is the fight between America and Russia at the expense of Ukraine, in which a form of Civil War preceded the Russian invasion. Europe is sidelined in this confrontation.

If this was the only grave event, it could be containable.
It is not.

The pandemic
The World is just emerging from a pandemic that still kills people by the thousand and damages nations deeply. One look at the damage done to China’s social tissue and its Economy is enough so as not to go further to gravely suffering countries from this pandemic like Brazil, Britain, and the United States.

The rupture of the Supply Chain
The rupture of the global supply chain, both through disease and political choice is making evident that the happy times of the money printing machine are over and this is not now leading to just stagflation and recession but to an Economic collapse, hopefully temporary.

It might be the first time in the US since the New Deal, (1933) that resources were inventoried and industrial goals set.

Europe is also hardening its commercial cooperation with China.
Made in Europe is rising again, openly or craftily subsidized.

The above political choices lead to the creation of new tariff barriers and a new form of subsidized Industries.

This is very serious.

As a recent study found: that China alone accounts for 80% of global production and refining of rare earth minerals, 61% of global lithium refining for batteries and EVs, and 100% of graphite processing for batteries. It controls 97% of the production of silicon wafers for solar energy. To put it in perspective, OPEC states control only 40% of the world’s petroleum production.

The coming of the Economic “hurricane”
Jamie Dimon warned investors to prepare for an economic “hurricane” as the economy struggles against an unprecedented combination of challenges, including tightening monetary policy and Russia’s invasion of Ukraine.

Goldman Sachs COO John Waldron characterized the U.S. economic environment as possibly the most complex, dynamic environment he’s seen in his career, “the confluence of the number of shocks to the system is unprecedented” he said.

This is only the Economic side of the disaster.

The Social upheaval
The bigger and more important side is the Social one.
The World has been functioning up to now with the hope and anticipation that things overall would improve, poverty will be reduced and technology will give solutions to many, mostly man-created, problems.

This is not to be yet.
Famine is “ante Portas” at least for Africa and the Energy issue is torturing most of the World.
Quoting the Guardian: “As David Beasley, the executive director of the World Food Programme put it: Right now, Ukraine’s grain silos are full. At the same time, 44 million people around the world are marching towards starvation”.

In every multilateral organization – the IMF, the World Bank, the World Trade Organization and the United Nations – fears are growing of a humanitarian catastrophe. The position is simple: unless developing nations are energy exporters themselves, they face a triple whammy in which fuel and food crises trigger financial crises. Faced with the choice of feeding their populations or paying their international creditors, governments will opt for the former. Sri Lanka was the first country since the Russian invasion to default on its debts but, is unlikely to be the last. The world appears closer to a full-blown debt crisis than at any time since the 1990s”.

The Energy transitions
The Energy problems are the mainstream of the confluence of disaster streams that we are facing at present.

We have in previous articles demonstrated that our survival as a species is Energy-dependent.
Energy is simultaneously going through three hurdles.

The following graph illustrates the point. 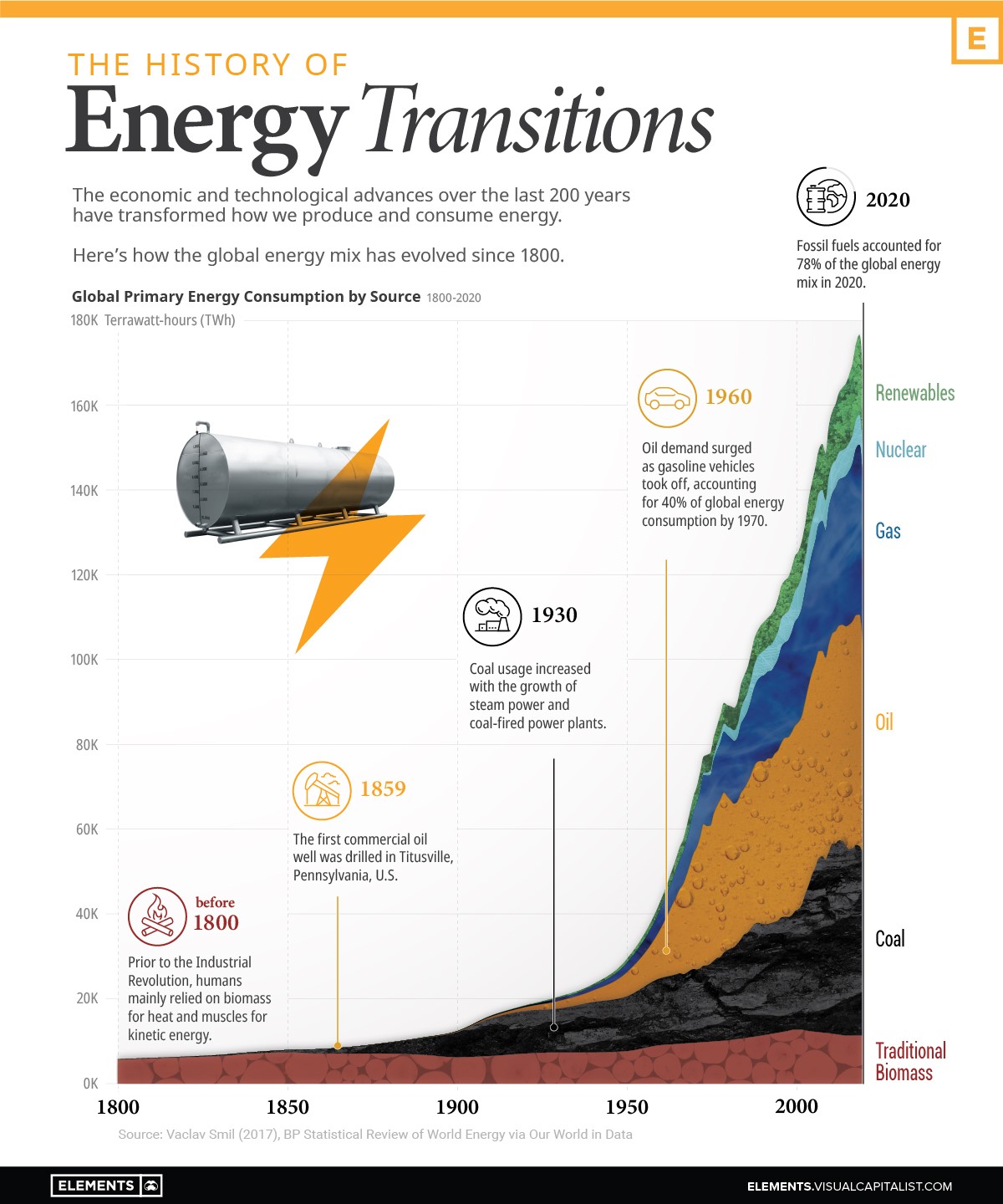 The key takes from the above graph, further from the noted ones are:

A recent study found that in the US mew wind and solar capacity increased two to seven times faster than in the past 10 years. The largest annual deployment of wind and solar capacity to date was 2021 with 27 Gigawatts (GW), but pathways to reach the 2030 target generally involve doubling or tripling the amount of renewable capacity built each year.

The above shows that fossil fuels demand will be strong for the next 10 years and that the World will go through a series of Energy crises which will further destabilize an already frail World Economy.

The recent increase in oil production by OPEC is not a gesture to the needs of the West.
The Oil producing Countries understand that following the Russian Oil embargo higher Oil prices may lead to demand destruction as a result of an Economic recession of Oil buying Countries.
At the same time, since Oil production increase is mainly coming from Saudi Arabia and the United Emirates, it is a magnificent opportunity for those Countries to profit by filling the gap of the Russian production drop.

Conclusion
To this bleak outlook, there is a big ray of hope.
The amazing pace of Technology growth.

Starting with the First Cognitive Revolution with AI, Deep learning, and quantum computing and following with leaps in Green Energy technology and its management, new electricity storage batteries, bigger and better Wind Turbines, Photovoltaics, EV vehicles, Sustainability progress, surging achievements in health and medicine, Technology can offer a way out in the Medium-term.

How long the present misery will last is unknown because the bigger part of it is due to Human Folly.

But Humanity always managed to muddle through its Folly and also progress.