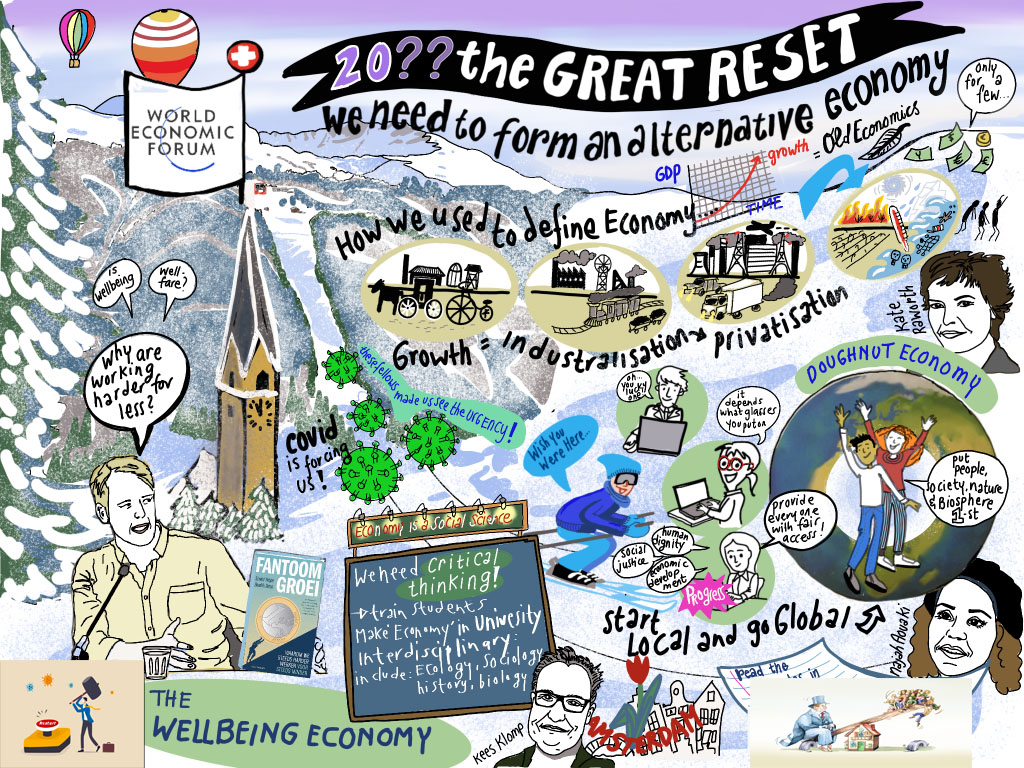 Quarrels were happening far away, in Afghanistan, Taiwan, Yemen, Lebanon, Syria, in Libya.

That was the principal subject of discussion between Geopoliticians, Analysts, Academics, and occasionally the Media in the same vein as a tsunami in the Pacific or a landslide in Latin America.

Some were suspicious, particularly during and after the Tramp Presidency, that those events were affecting the foundations of the existing order of things globally, making them very shaky and that an important reset could happen, thinking in mostly Economic terms.

Then the events in Ukraine happened and people understood that those events were not happening in a “far away Country” like Aleppo, Syria, or Yemen, but next door.

In the last year, the Reset has been the continuous subject of discussion among those members of the governing elites that were involved in international issues.

Matters now have reached such a head that a Great Reset is about to happen globally.

This Great Reset is now, here and it is starting to take shape.

It will not be only Economic which was the primary estimate in an Economically minded World.

It will not be only Social although great social upheavals are about to happen.

It will not be only confrontational although the military confrontations that have already started are only a foretaste of things to come.

It will be total.

The first and dominant factor in the upheaval to come is Energy.

Energy equals survival first and prosperity second.
In a World where ten calories of Energy are needed to produce one calorie of food, survival is Energy-dependent.

Since GDP is inexorably linked to Energy, prosperity can only be achieved through Energy availability. 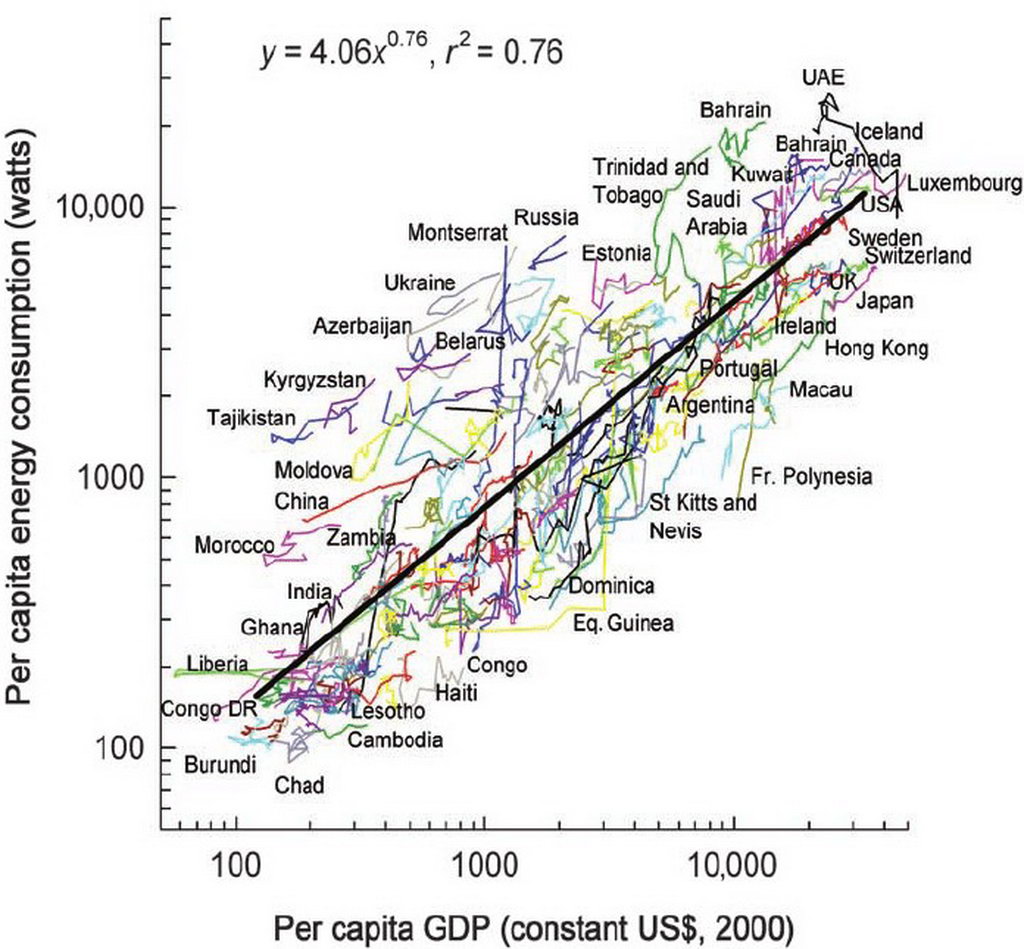 While technology is continuously providing cheaper and better Energy, the Geopolitics of the World are weaponizing Energy, so Energy costs are rising dramatically. 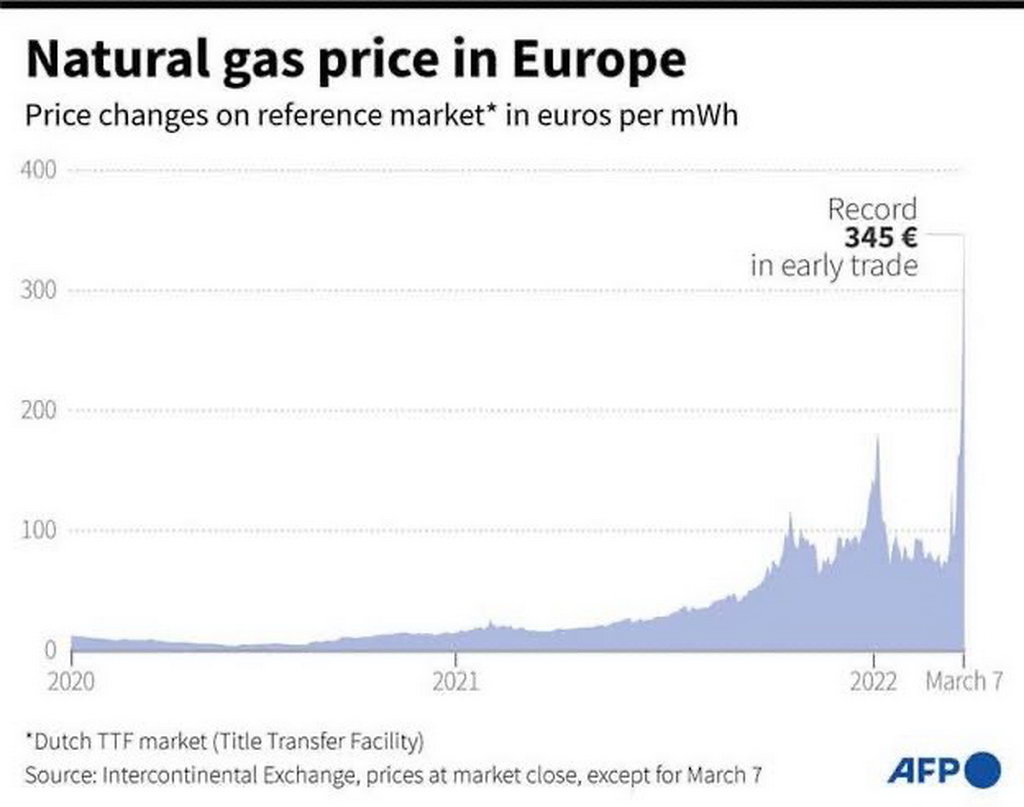 The great Energy transition that is taking place now with renewables is 10-20 years away from making fossil fuels unimportant in the Energy mix. 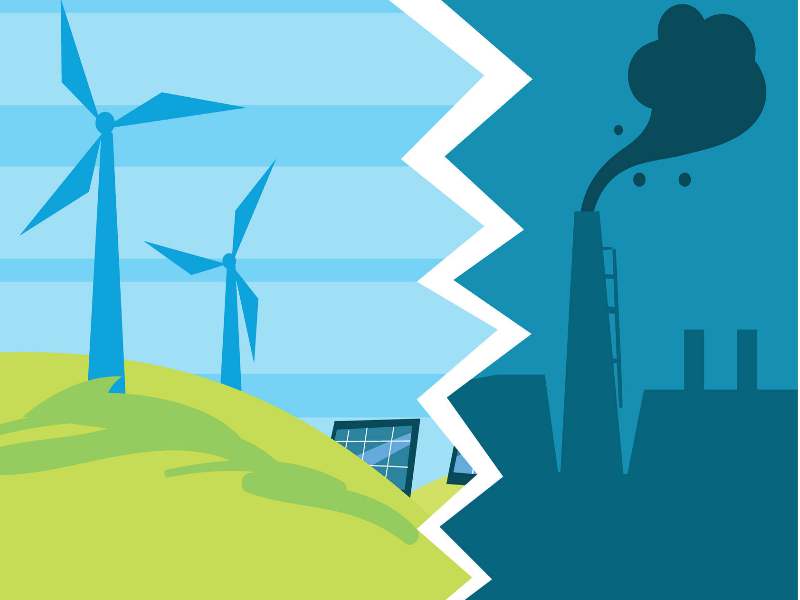 The second dominant factor is the Worldwide Social upheaval that will be driven by famine.

With Ukraine invaded by Russia, the developing world’s ‘breadbasket is being bombed’, the UN says.
Many Countries depend on imported grains to feed their population.
15 million tons of corn are rotting in the Ukrainian silos now.
The coming famine will be a great driver for uncontrolled massive migration, mainly from Africa to Europe.

Europe has already started to suffer from the flood of displaced Ukrainians possibly more than 5 million. Those displaced persons, mostly women, and children cannot significantly contribute to the Economy but are rather a new burden for the already overloaded European, and not only, budgets, but also have the new defense charges to bear.

When the African starving refugees will also come flooding Europe, the social upheaval will affect the very roots of what was once Felix Europe.

The third dominant factor is the Economy
The Capital War is already being waged.

Tariff barriers, sanctions, preferential partner States, and the rest are various battlefields on which the Capital War is being waged.

With the destruction of forty years of Globalization, the rationality of production and the unprecedented degree of productivity and prosperity for both East and West is destroyed.

Stagflation is the first visible result but not the only one.
In a World where everything produced depended on more than one Country’s resources and Technology, cutting the global supply chain stops the very ability of production of goods until more expensive and less satisfactory alternatives are found.

An ironic demonstration of this is the fact that the engines of Russian military helicopters and key components for warships, cruise missiles, and the majority of the nation’s fighter jets are all made in Ukrainian factories, the Telegraph reports.

China supports Russia in its confrontation with the West because it considers that this is in its interest. However, the destruction of the global supply chain already strongly affected this manufacturing powerhouse of the World.

The Chinese PMI below proves that even China is now already in recession. 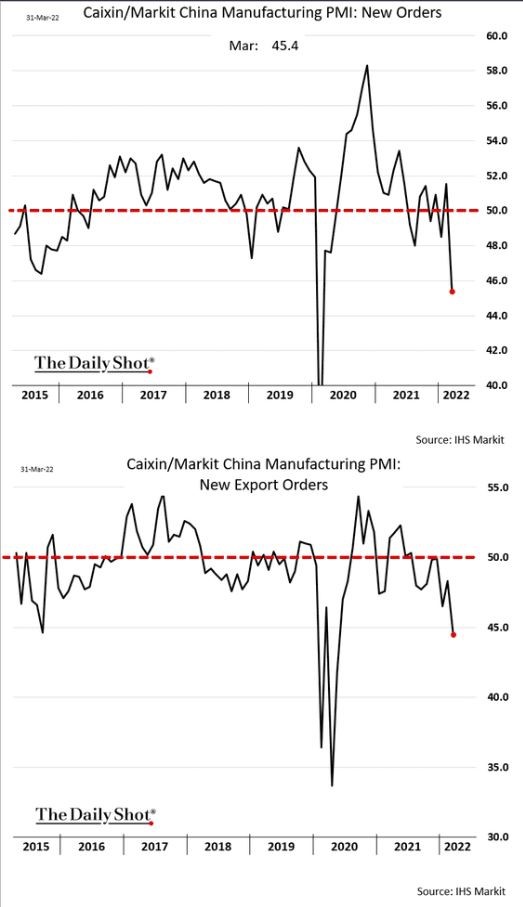 The rising prices of everything from steel to soya are demonstrating the deep recession coupled with uncontrolled inflation that is coming. 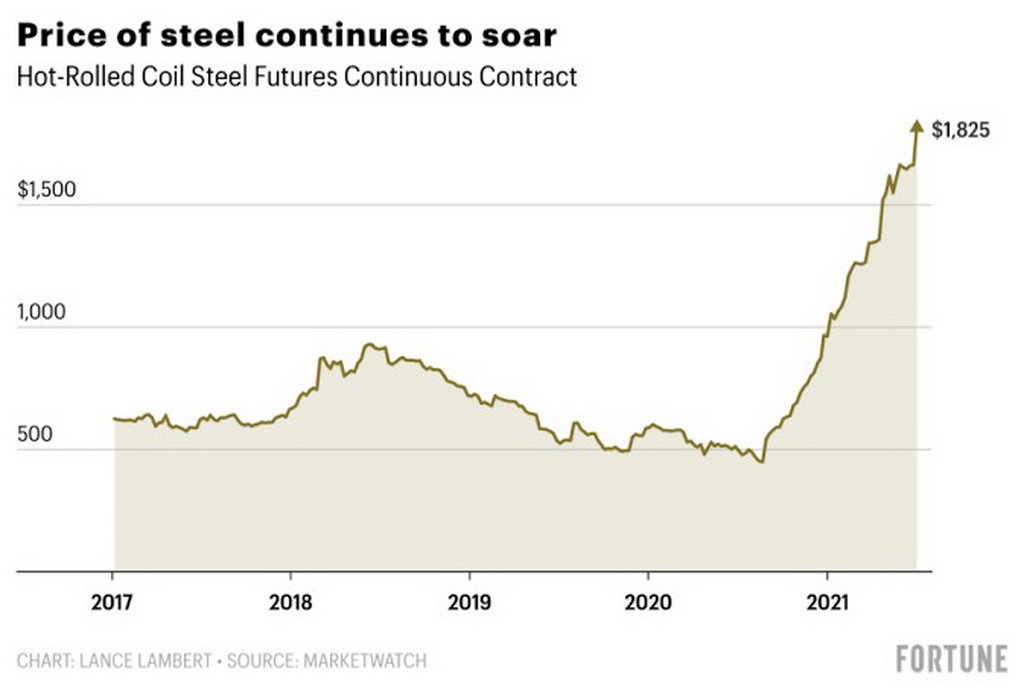 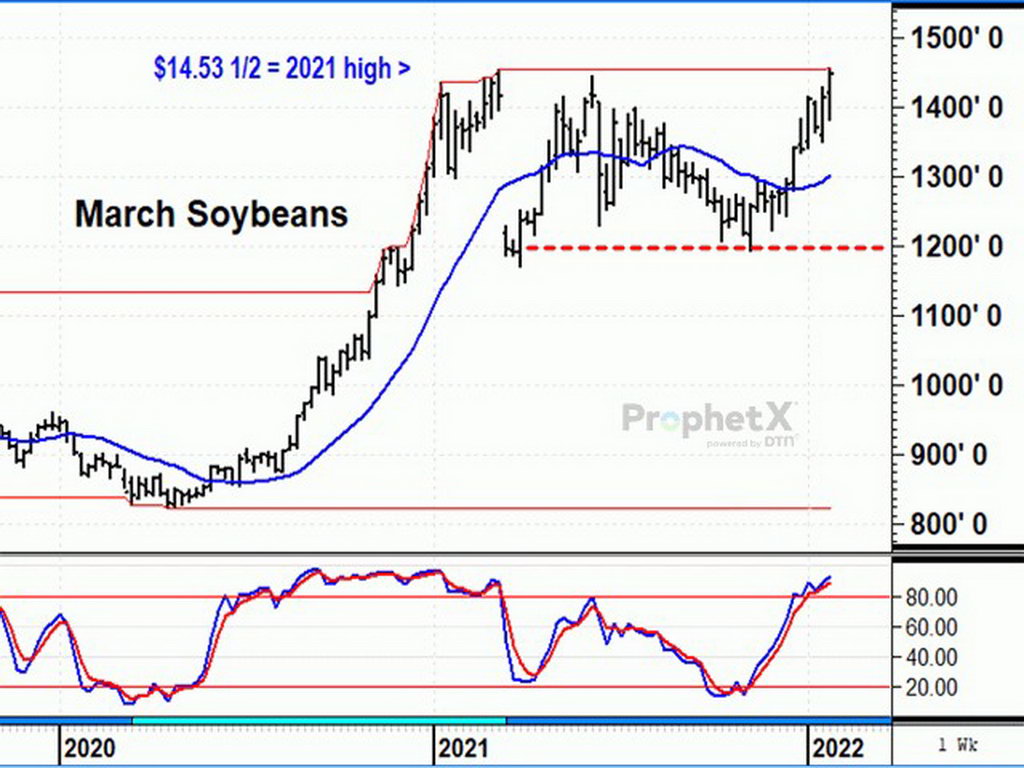 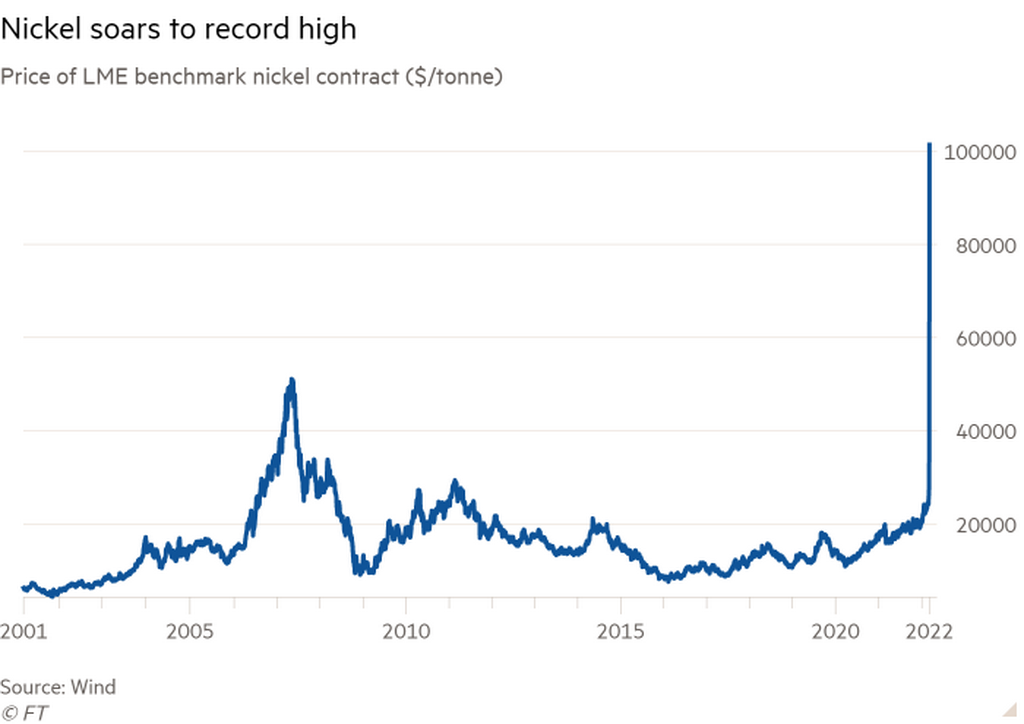 It is not only the price of commodities. Mortgage rates are also rising dramatically, leading again to a Housing crisis.

As it can be seen from the above graph, the rise in mortgage rates in the US has not been so high since 1980.

The great upheaval is already affecting the World’s principal reserve currencies like the Dollar, the Euro, and the Yuan.
What will constitute a reserve currency in the future is unknown.
The huge Global debt bubble will possibly burst with unmeasurable consequences.

The likely near future

Nobody believed that Putin would invade. The cost to Russia and Ukraine would be unbearable and so it is.

The seeds have been planted in the 23rd declaration of the 3rd April 2008 NATO summit welcoming Georgia and Ukraine to NATO.
Putin then had warned that any further expansion of NATO to the East would be treated as a “direct threat”.

It was expected that Zelenskyy, having seen what happened in Georgia, would find a formula to assure Putin that Ukraine would not join NATO.

Zelenskyy, strongly encouraged by the West, refused to offer what he is offering now.

The war is becoming a new Syria in Eastern Europe. The Ukrainians, assisted, materially only, by NATO, fight competently with high morale and good discipline, but are seeing their Country destroyed like Germany in the 2nd WW, their population displaced and becoming refugees and the war misery increasing hourly.

Russians are destroying Ukrainian towns together with the future of Russia.

A sign of the Russian moral bankruptcy in the eyes of the West is that in a fight between two Christian Orthodox nations the Russians are bringing in fanatical ISIS Muslims and degenerate Chechen Muslims to fight their battles.

The next level of confrontation will be more brutal and more unbearable for both.

For the time being both sides decided to bear the unbearable.

Even if a cease-fire is agreed this confrontation will continue for years to come in some form or other.

In the words of a senior member, “NATO is happy to bleed Russia dry in Ukraine”.

The States that constitute NATO are also going to bleed differently.

The whole World is going to suffer as demonstrated above.

We have managed collectively to take good fish and make bad soup.
It is naive to believe that we can reconstitute the fish back from the soup and try again.
The fish has been wasted and we must now find some alternative to assuage our coming collective hunger.

One solution is to fight between ourselves so those that survive and remain can share what food and resources are available.

The other solution is for us to work collectively to increase the available food and resources.

That could have been achieved through Globalism. 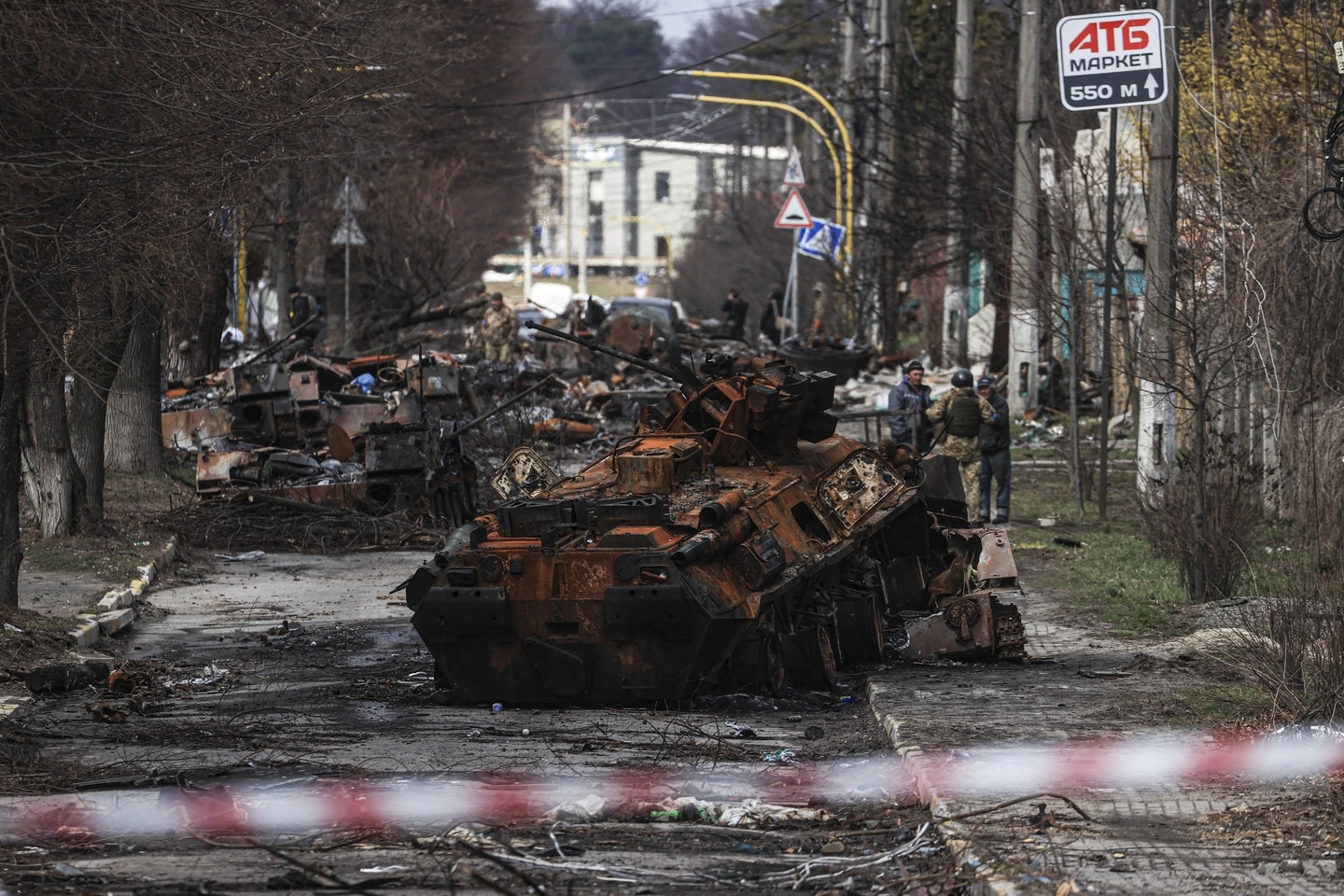 Now that each one goes back to the national frontiers, only the first solution remains.

WHEN THE KISSING HAD TO STOP
PRICE, VALUE, THE END OF HISTORY & ECONOMIC COLLAPSE