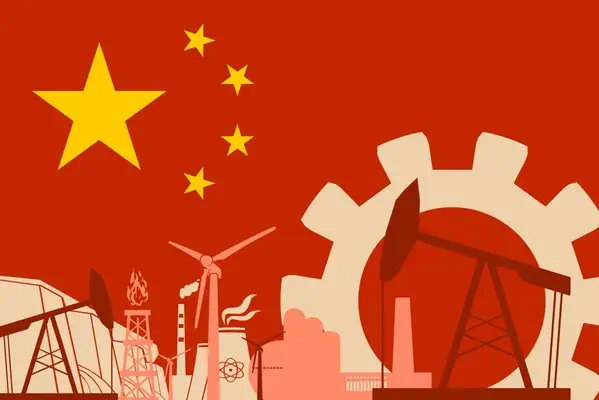 It takes 10 calories of Energy to create a calorie of food.

A kilo of beef on the table needs 70 kWh for the whole process. The average current household uses about 7-10 kWh per day.
Pork requires about half the energy of beef and poultry much less.
Those are only some figures from a stream of similar numbers.

The primary use of Energy is not for development but for survival.

In the modern World, no Energy equals no Food.
A very simple example: China is the TOP pork consumer in the World. It consumes about half the pork production of the World. 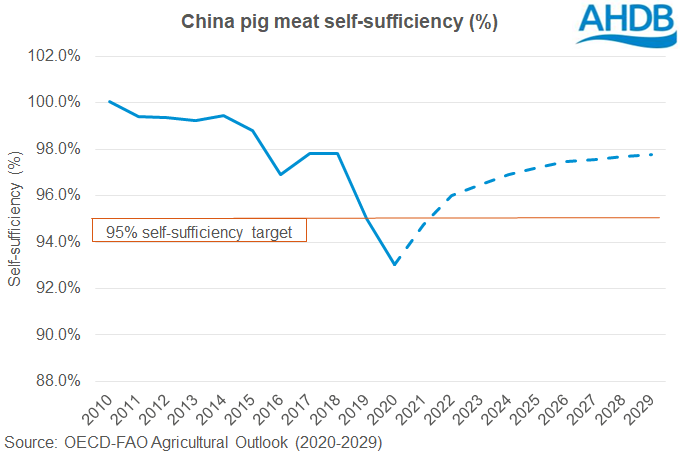 For China to be self-sufficient in pork production, which is a permanent Party requirement, China must import every year animal feed that is more than the equivalent in Energy of the total yearly Energy consumption of a middle-sized developed Country.
Just to feed China’s pigs.
And China is short on Energy.

China is short on water too.
20% of the world’s population has only 7% of the planet’s freshwater.
To grow food with limited water, China also requires a lot of Energy.

If on top of that the Energy needed for Electricity production, construction, military, and industrial uses is added, it is obvious that China is the biggest Energy sink in the World.

China is getting desperate about Energy imports. It conveniently forgot its various quarrels with Australia and imports again Australian coal.
It even imported LNG directly from the US!

A principal Strategic prerequisite for China, is that China must ensure permanent sources of Energy supply.

China estimates that non-fossil fuels (wind, solar, hydro, nuclear) will account for roughly only 20% of its energy mix by 2025.
Despite the very dynamic development of non-fossil fuel Energy, China will remain dependent on fossil fuels for the next 25 years.

That poses to China the Strategic dilemma: Acquire or dominate the needed sources of Energy?

China has “acquired” a lot of Energy and raw materials sources in Countries in Africa and parts of Asia, by lending them for infrastructure works executed by Chinese Companies and subsequently having them as economic hostages since they are unable to pay back the loans.

But this is not enough.

The jewel of the Energy crown is the Middle East and more particularly the Gulf.
Saudi Arabia, UAE, Qatar, Iraq, and Iran have enough hydrocarbons to cover all the needs of China if added to the already functioning Hydrocarbons pipelines operating from Russia to China.

Now the US perceives that Energy is the only direct weakness of China and the key to exploiting it is the Middle East.

It is a little late.

Arabs remember well the abandonment of the Kurds by the US, Iraq, the role of the CIA in the Khashoggi affair, and the recent dramatic pictures from the abandonment of Kabul.
The US is also unable to oblige Iran to abandon its nuclear program and a Nuclear Iran is inevitable, to the consternation of Israel and the disappointment of the Gulf States.

The authority of America in the Middle East has diminished a lot.

When the US made conditional the sale of the F-35 to the UAE subject to the UAE abandoning the Chinese Huawei, the UAE froze the F-35 negotiations and ordered 80 Dassault Rafale from France.

The US today is not the Giant that forcibly dominated the area for the last 75 years.

Years of war, the schizoid Tramp administration that left a deeply divided Country and the state of its Economy has as a result that the US is both unwilling and unable to go to war. 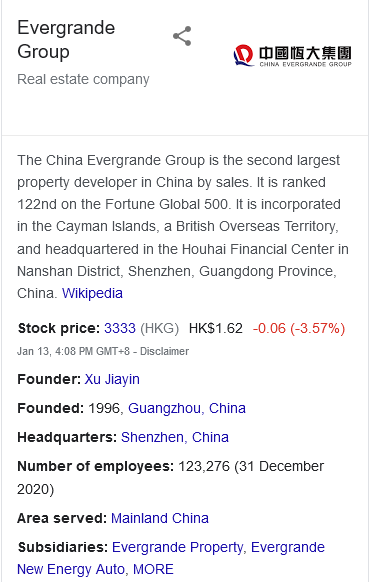 But there is a good position of strength that the US can use to face China in the Energy field.

A weakened US has to take on a China that is not such an economic leviathan as it appears.

Its foundation is shaky and further to its Energy deficiency the real estate sector is on clay and collapsing feet.
Evergrande with its 300 billion dollars debt crisis is only the tip of the iceberg.

Shimao, one of China’s wealthiest real estate developers, has reportedly defaulted. Others will follow unless salvaged by the State.

The real estate sector accounts for 30% of China’s GDP.

But 20% of all urban housing properties are empty houses in ghost cities.

The power shortages in China this past summer with blackouts causing factory stoppages and home blackouts demonstrated the vulnerability of China’s Economy.

There is a triple pressure in China: Shrinking demand, the supply shock, and the disappointment of the Chinese consumer who sees rising prices and difficulties ahead and reduces retail consumption to the detriment of the Chinese Economy.

Both the US and China are not as strong as they pretend to be.

This does not stop China from attempting to acquire Taiwan and also dominate the Indian Ocean. Those are prerequisites for Xi to ensure his ambition to become the perpetual Leader of China, a second Mao.

Biden cannot accept this as then America will be the second Power, behind China.

The biggest risks for 2022 come from China’s growing isolation from the rest of the world — along with a deepening mistrust of foreign influence and the internal social unrest that has already started.

The most probable confrontation before Taiwan will be in the Middle East.
The Middle East will become once again the main Energy battleground.
If the straits of Hormuz are blocked China will suffer.
This is why recently China established its economic and hence political dominance on Oman.

The question is not what China will do.
The question is how much appeasement effort the Biden administration is willing to try before drastically intervening in the Middle East again.

GEOPOLITICS – BEFORE THE GREAT RESET
WHEN THE KISSING HAD TO STOP