GEOPOLITICS – BEFORE THE GREAT RESET 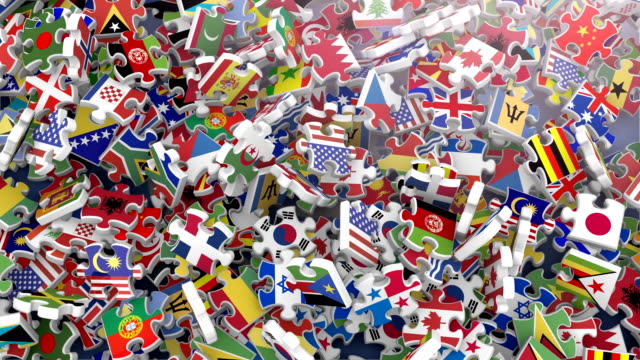 The instability in all the World is such that it does not require a geopolitical analysis to be felt and understood.

The purpose of the present article is to examine the most significant factors influencing the present instability and try to deduce its evolution.

But there are even graver factors that, while not so obvious, are more threatening.

The departure of US forces from Afghanistan is the milestone indicating the abandonment of the American dogma of intervention anytime anywhere.

The US is gradually becoming a World Power of limited liability.

Decades of Wars, big and small, followed by the Trump tragically mismanaged Presidency and a financial/economic crisis that is propped only by the money printing machine, force America, which is also dramatically divided into concepts, politics, and values, to manage its remaining forces sparingly.

The perception of a weakening America facing a growing China is an oversimplification.

The choice of President Xi to develop an aggressive posture for China externally and an anti-wealth posture inside China may help his ambitions for a third-term presidency but those choices cannot hide the important handicaps that China is obliged to face.

The greatest handicap of China is the lack of Energy sources within China.

China is going through a dearth of Energy which causes factories to shut down, cities to stay without electricity, and the Chinese desperately trying to buy any fossil fuel available in the international market and polluting the planet much more than anybody else.

The wish of the Chinese Leadership to rein in, dominate and control Tech companies resulted in tech companies like Microsoft, Yahoo! and others departing from China and the attacks of the Chinese State to local tech giants Alibaba, DiDi and Meituan are putting a brake to the development of technology that is the great way and hope for the future development of the Country.

China now started to have food problems and keeping the people fed is understandably the prime concern of the Party because food security was always the major problem of China in the past.

Aggression is the time-honored method to alienate from internal problems. China is deeply committed to an expansionist Geostrategy in East Asia.

President Xi Jinping sees it as his priority to achieve the “reunification” with Taiwan, and, with Taiwan as the primary target, the Chinese Leadership will try to bypass its growing internal challenges.

This aggression obliges the United States to consider correctly that the Chinese threat to Taiwan, is its most important geopolitical challenge.

Facing China in the Pacific and Indian Oceans will result in China-US relations being in a state of dangerous instability for a long time to come.

There will be one or more grave confrontations during this decade because China will coerce Taiwan to become part of mainland China.

This situation forces America, which is not omnipotent anymore, to focus on China and neglect/abandon the Middle East and Europe.

This results in Gulf Arab states getting closer to China and distancing themselves from the West. Even their financial investments are shifting to China from the West.

Already the negotiations with Iran are stalling and any accord will be a very watered-down version of any previous agreement. Significantly, the US takes the demands of Israel on this much less under consideration than ever before.

In the Mediterranean, the dangerous instability continues.

Lebanon has imploded and it is not a State anymore, but a place where rival bands exist with Hezbollah as the prime Warlord and exporter of Violence.

Syria is about to suffer a new Turkish invasion and Iran is competing with Russia on who will have Assad’s administration as its puppet.

Iraq is dominated to a considerable extent by the Iranians. The 7/11 assassination attempt by drone of the Iraqi Prime Minister by Iranian-controlled militias on top of the civil unrest indicates a further destabilization.

Israel is surrounded by Hezbollah, Hamas, Iraqi Shia militias, and the threatening shadow of a possible nuclear Iran.

The Sinai Peninsula is dominated by the Muslim Brothers’ terrorism.

Libya has still competed for foreign military forces on its grounds.

The Turkish Economy together with its Foreign Policy is collapsing and Erdogan approaching his demise may become more unstable and dangerous.

In the Arab peninsula, the war in Yemen continues.

Sudan has a new dictatorship and the military coup started a civil war. The triangle of Ethiopia, Eritrea, Somalia is permanently unstable.

The latest is the European need for natural gas and Russian exploitation of all the associated issues such as Ukraine, the North Stream II, etc.

In all this turmoil, Europe does not have a Policy other than thinking and debating about a European Policy.

Europe is militarily naked and unable to face any serious threat.

Confrontations between States and wars happen mainly due to two reasons:

In the present seriously unstable state of the World, some very violent confrontations are very likely to happen because in the Mediterranean and Asia there are potential conflicts that could be limited to non-nuclear arms, which increases the possibility of one or more confrontations ending in war.

They include fights for control of Syria, Lebanon, East Med, the Arab Gulf, Taiwan, the South China Sea and its island groups, and the Asian oil routes.

Of all the above, in the Med, the two interlinked danger points are Lebanon and Syria and their threat to Israel egged on by Iran. This is the major threat in the Med for this decade.

In Asia, China will attempt to engulf Taiwan within this decade.

It is highly possible that one or more hot wars will happen in this decade before the Great Geopolitical/Geoeconomics Reset.

CHINA IN THE MEDITERRANEAN
IT’S THE ENERGY STUPID!