THE FADING STAR OF GERMANY

The establishment of the Euro consolidated United Germany’s economic and hence political dominance within the EU, because the EU, although it does not accept it, is still an Economic Union.
The period of Pax Americana allowed Germany to eschew its common defense obligations to further strengthen its federal budget.

Following, the above, Germany became the only “oversized” State in the European Union.

The Germany that emerged, indifferent in Geopolitics but active in Geoeconomics, grew in status among the top Countries in the World.
Germany benefited most from the European liberal order.

The Global economic and European liberal order now is dramatically weakened by the emergence of a China almost equal in power with the US but with profoundly different values and the confrontation stemming from this difference. There is also a degradation of Liberal Democracy in many Countries in the World, even within the EU.

The German Economy has prospered by increasingly open trade borders and the security provided through NATO and EU membership.

This has not stopped Angela Merkel from bypassing the liberal democratic principles every time that was against the economic interests of Germany, even small ones. Nord Stream 2 is not the only case in point.

The first geostrategic issue for Germany now is its relations with the emerging, confrontational with the West, China. This is becoming a major point of friction.

Armin Latchet, possibly Germany’s next chancellor, does not share the US position to stop China from becoming the dominant global power by ignoring the Global Liberal order.
Economic interests are the main reason.

The second geostrategic issue for Germany is its close economic cooperation with Russia. This goes against the rest of the Western Democracies and their values.

Merkel herself faced a resolute rejection from fellow EU leaders in her request for a summit with Vladimir Putin.
The European Council’s position will not encourage individual member states to organize bilateral meetings with Russia. Whether Germany will respect this is to be seen.

While the US is extremely displeased with Turkey for a variety of reasons, Germany’s blatantly pro-Turkish position does not sit well with the US and some EU countries like Austria, France, and Greece.

Germany argues that Turkey’s cooperation is mandatory on the issue of a solution to the migration problem.
Germany uses this argument for selling arms to Turkey while the US, Canada, and France are trying to disarm it to keep it from upsetting the Peace in the East Med.

This strong non-alignment with the West, to which it belongs, is the external weakness of Germany.

THE PROBLEM IS ALWAYS INSIDE

The principal weakness of Germany however, although well-hidden, is internal. 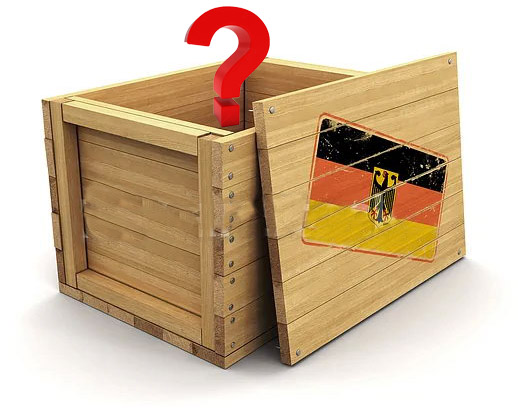 Its Banking system is one of the weakest in the world.
Apart from the mess that Deutsche Bank and Commerzbank have been in for more than a decade, the whole sclerotic banking system of Germany is suspect.

Germany has not adequately reformed its banking system, largely because it managed to avoid it using its dominant economic position within the EU.

Germany’s public bank community is uniquely intertwined with its political community. Most of its extremely fragile banking is local and outside any serious international validation process.

Germany stands out with 52.1% of bank assets reported under national not international standards. That leaves a lot of leeway for German Banks to appear solvent when it is a well-known secret that they are not.

Germany’s current account surpluses are not only due to the better economic performance of German companies but also to political measures and turning a blind eye to rules breaches when exports are concerned. Export practices of German Corporations have been proved to be blatantly corrupt.

Corporate taxes are very low particularly for exporting Companies compared to other OECD countries. This, combined with opaque lending schemes from its Banks, allows companies to accumulate large sums of cash, which are then transferred abroad and invested there.

A lot of major issues are swept under the carpet to comply with the no deficit policy.

The first is infrastructures that are slowly collapsing for lack of maintenance and repair budget. The disproportionate damage from the floods is proof of this.
Following Berlin’s BER airport fiasco the Stuttgart 21 railway project has also developed into a logistical nightmare — and a sinkhole for public money.
The smell of corruption also in this “political” project is strong.

The second is Public Health where, according to Spiegel, shameless deals for medical equipment, dubious foreign contacts, and corona crisis mismanagement are overwhelming.

Despite the above, a year and a half from the start of the covid-19 pandemic, there has been, wrongly, a major collapse in Germans’ trust in the European Union.

The truth is that Countries throughout Germany considered disorganized faced Covid-19 much more efficiently than Germany.

Even the EC, dominated by Germany during the last 20 years, is refusing to tow the German line.

The European Commission has opened an infringement procedure against Germany over a ruling issued by the country’s constitutional court that directly challenged the autonomy and primacy of EU law. The issue was, not surprisingly, the autonomy of the ECB and its measures to stimulate the Economic collapse of the Euro area.

The ECB’s actions were later validated by the European Court of Justice.

The European Commission filed suit also against Germany in the European Court of Justice, for long-running violations of existing nature conservation laws.

The “German normal” is that Germans refuse to understand that the German Political, Fiscal, and Economic investments in Europe increase their safety and prosperity.

Their elites in Berlin have never explained this to their People.

In “The Paradox of German Power”, Hans Kundnani observes that Europe is threatened when Germany becomes “too big for a balance of power in Europe and too small for hegemony”.
The period between German unification in 1871 and 1945 was just such a dangerous time, which witnessed the emergence of the fateful “German question”.

This is again the present challenge.

While Germany simultaneously wants to impose its interests on EU policy and its right to differentiate itself from EU policy, which is the “German Normal”, the rest of the EU reexamines the “German Question”.

This disharmony is hitting the root of European Stability.

Germany once again is at a crossroads. Von Caprivi and Von Papen were turning points in the History of Germany. Laschet is the next one.

Now that Globalism is shrinking the EU must develop a “European Normal” and the Geo-economics approach of everything, by the German Elite, must change. If not, Germany itself will suffer the consequences. 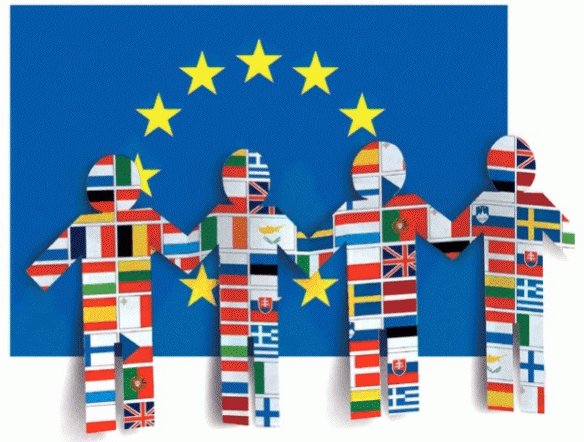 While most Germans think in terms of things going back to the “German Normal”, which is going to tear the EU apart, great hope is in the new German generation that thinks, not in terms of German Nationality, but of European Citizenship.