THE SILK ROAD AND THE ROAD TO PERDITION

President Xi is a person with great dynamism but also a person of fine intellect.

He has perceived that the communist ideology of Mao, eroded by Deng and the subsequent leaders of China, in their quest for productive State and private Capitalism, in a socialist-market model, is now dead.
The modern Chinese care about work, income, and consumption, like the western model that they also criticize.

Xi however understands that a country the size of China needs a unifying Ideology so as not to fragment and decompose in fiefdoms like in the past.
Religion cannot directly be used after denouncing it for almost a Century.
A very useful Ideology remaining is Nationalism.

China has suffered three Centuries of foreign exploitation and humiliation, so the Chinese people are very sensitive to their national identity and dignity.

China for the last fifty years became more and more a Capitalist Society aided by foreign investment which exploited again the cheap, competent, and plentiful Chinese labor and an attractive business climate created by the Party.

After the initial stage of production as a subcontractor to the Western Multinationals, China developed its own big Business and proceeded to the next stage which is that of independent producer and exporter.
Today about 80% of any product in the World has one or more Chinese components.

When the size of the Chinese Economy, its technological advancements, and the ruthlessness of its application started getting comparable to the Western one it was time for the beginning of the Trade Wars brutally and noisily pushed by President Trump.
It was the perfect moment for the Chinese Party to explicitly state what it was already doing before with Chinese discretion.
To become openly and aggressively Nationalistic and Imperialistic.

This is the new Chinese Ideology used to keep the integrity of the State now that Communism is dead.

The weakness of the United States due to the wastage created by fifty years of foreign wars was dramatically worsened by the Trump administration.
China understood this Geostrategic opportunity. China accelerated the expansion that was already started during the Obama administration.

The South China Sea, tacitly and subsequently openly, is accepted as an area of primarily Chinese dominance. Hong Kong followed with only internal local dissent. No external serious intervention was noted.

What follows is the jewel of the crown – Taiwan.
China is seriously considering taking over Taiwan by a mixture of concessions, persuasion, and force in this decade.

The Silk Road was initially presented as an Economic expansion. It is that but also it became the Trojan Horse of Imperialist aggression. Africa was the first continent to become subject to Chinese neocolonialism. 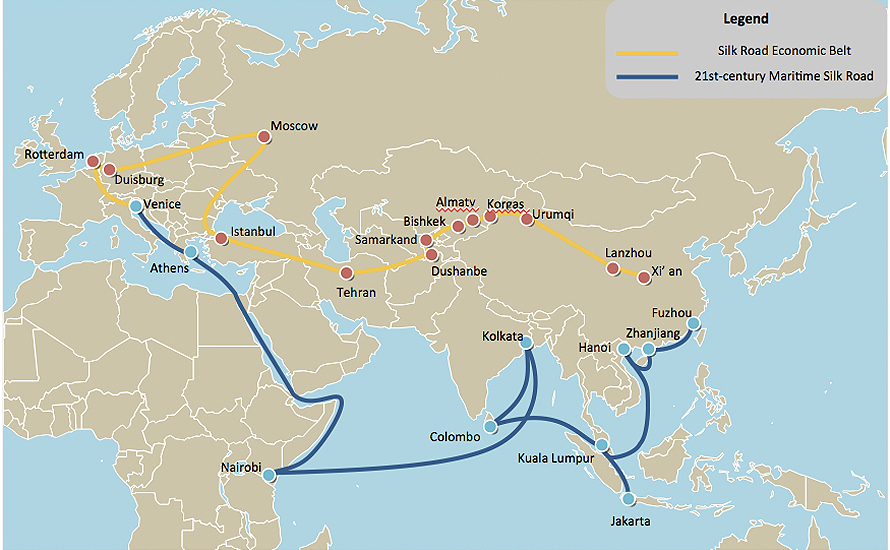 The Middle East followed and both Iran and Turkey are now part of the land Silk Road while the Gulf, Red Sea, and the East Med are part of the Maritime Silk Road.

Latin America undergoes a new pro-Chinese period with the Chinese presence, both Political and Economic, rapidly increasing every year.
Mexico is the latest Country to welcome the Chinese presence at a point in time when its privileged relations with the US are undergoing a period of stress similar to that of the beginning of the 20th Century.

All the above is used to feed the rampant Nationalism that has been developed in the fertile ground of the new Chinese that want a “safe” ideology with which to identify and replace the Communist one and avoid the fragmentation of the Chinese Society.

All this is the new State narrative as directed by President Xi.
One is the Nationalist Ideology.
The second is the development of the socially responsible Citizen.
This is in line with the Confucian ethical teachings that are very broadly accepted in China, aided by modern technology, AI, and fifty million closed-circuit cameras that encourage the Citizen to behave since all his/her acts are recorded and graded.
Both are accepted by the Chinese People at present.

For the above to continue to be successful, the Leadership must show its People a durable Political and Economic expansion. How long this will last is not known!

The mixture of Ultranationalism and aggressive Economic expansion cost Germany its defeat in the 1st WW and its Kaiser the Crown.

For now, the Dragon is out of its lair.

What China will do shall certainly be the most important event of this decade Worldwide.

EASTMED AND THE GULF, IRAN IS THE KEY
THE FADING STAR OF GERMANY