The recent events in Syria and similar previous ones in the Gulf have restarted in Washington rumors about President Trump’s mental stability and venality. He was even recently accused by the opposition that he had a “meltdown” in a recent bipartisan policy meeting.

These matters cannot meaningfully be perused here without expert advice and proof. In fact, they tend to deviate the discussions from the main issue, which is what is the new geopolitical role of the USA to the Middle East and what is the new US geostrategy in the area-if any.

The abandonment of the Kurds, after having previously agitated armed and used them, is not a new American policy.

It has happened before, time and again, starting in the early seventies by Henry Kissinger.

The Shah of Iran, Turkey, and Saddam Hussein, to name only the principal actors, have all at times received their “license to kill” from the USA, after Kurdish uprisings, that we’re encouraged by temporary US policy.

The examination of the new foreign policy of the US, as applied in the Middle East, is not examined here morally as a sin but geopolitically as a mistake.

The nearest historical parallel to the recent US policy choices is the selling out of Czechoslovakia to Hitler, in 1938 by the British and the French, with the infamous Munich agreement.

In both cases, internal concepts and party calculations superseded the National geopolitical interests.

The recent visit by Vice-President Pence and State Secretary Pompeo to Turkey and the resulting “piece of paper”, which was immediately practically annulled by the Turks, brings us back to Chamberlain’s last desperate moves, for Britain to avoid war with Germany, and the resulting collapse of British prestige in the World, together with their hopes for Peace.

The clear single winner is Erdogan, he achieved his plan for a “safe zone” to install many of the 3.6 million Syrian refugees residing now in Turkey and use them as a buffer between the powerful Kurdish militias and Turkey.

Turkey has correctly calculated the impotence of the West, wherein every Country or Group of Countries, internal strife takes precedence over Foreign Policy.

The cost was only one week of friction with the American President.

The loss of prestige is one-sided only.

It must be understood that as the importance of the Middle East Hydrocarbons fades as a main prop of American Policy in the area, so does the American commitment to its allies there.

The associated loss of prestige, as viewed from the American ‍Administration, is only collateral damage.

This encounter laid not only the foundation for U.S.-Saudi relations that would continue for generations—and ensure U.S. access to Saudi Oil and resulting wealth, but also for the dominance of the United States in the whole of the Middle East for three generations.

The disengagement of the United States from the Middle East started during the Obama Presidency.

After the Arab Spring, the ambivalent position of the then Administration in Syria and elsewhere, the Iran Deal and the abandonment of their most faithful ally Hosni Mubarak in Egypt to the Muslim Brotherhood, all indicated the lack of American interest and Power commitment in the area.

In fact, if the exports from the Gulf are further constrained, this will result in a rise of the price of a barrel and that will be to the benefit of the United States, both politically, because the great consumers, China, Europe, India, and Japan will depend more on American Oil imports and economically, because a rise of 20$ US per barrel, will result to a number of fracking Oil rigs in the US to become productive and profitable again.

So even stoppage of the Oil flow from the Gulf, which is a very remote possibility, except for the short term, will benefit the USA.

This is the real meaning of Trump’s recent statement “The US has taken control of the Middle East Oil”.

Although very crudely implemented, the withdrawal of the US from the Middle East is not a Trump caprice. It is, brutally and without consideration for human victims, a paradigm shift in the US Middle East Policy.

The United States stands to benefit for some more years from the accumulated wealth of the Oil fortunes of the Middle East States. They are not however prepared to get involved in a third Gulf War, if and when this will take place.

This War becomes more and more probable in the absence of the US from the scene.

The abandonment of Kurds and the combination of aggressive rhetoric with paucity of actions have indicated to all of the Middle East States that their alliance with the US is not as solid as it once was. 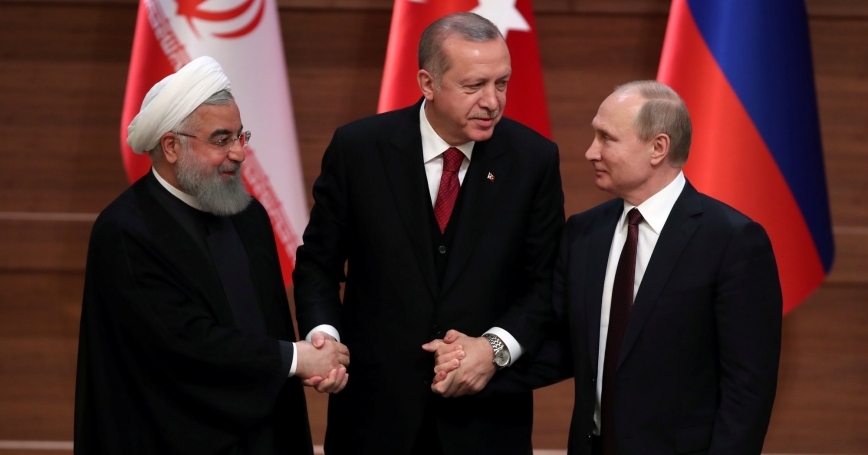 In Syria, the field is left to Turkey, Iran, and Russia. Turkey believes that its short-term suffering is a small price to pay for the great increase in their regional power. Iran is happy because it can play the role of the mediator, having good relations with both Syria and Turkey. Russia is particularly happy because it is the only great power left in the northern Middle East with increasing power and influence in the Gulf.

The Arab States are realigning their alliances.

Nobody would expect ten years ago to see the main avenues of Riyadh decorated with a flurry of Russian and Saudi flags to welcome the official visit of President Putin to the Saudi King.

The same was repeated in the UAE.

The Strategic partnership document adopted by both Countries, their significant and increasing Trade and Tourism and their discreet coordination behind the scenes, is proof that the, already strong, UAE ties with Russia, are becoming stronger.

Putin, in his new role as protector of the Peace in the Gulf, is the new “rainmaker” in the Middle East. 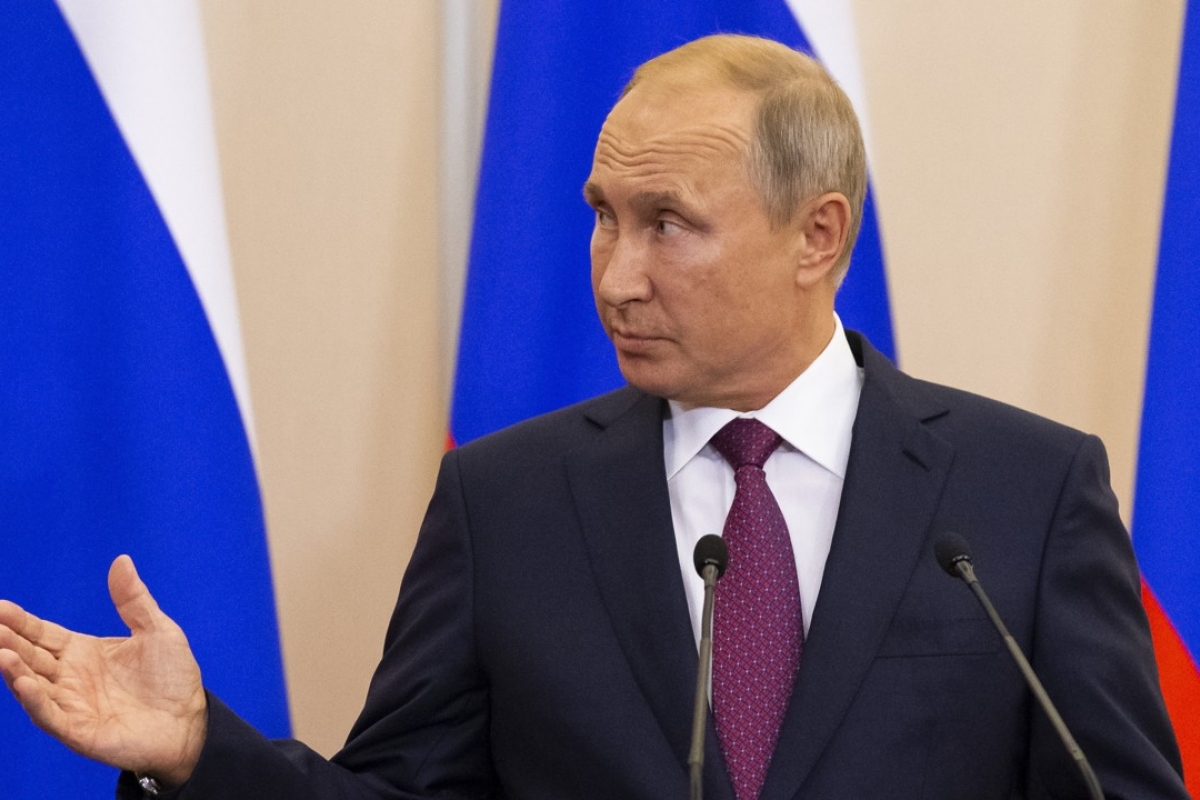 All the Arab Gulf Countries understood that stepping back from the brink of a Great Gulf war after the attack on Saudi Oil facilities, proved also that the US is disengaging from the region, in spite of the recent arrival of 3,000 extra American troops in Saudi Arabia.

Even Israel, after decades of total US alignment and support, is now starting to question the certainty of American Power backing in a new emergency.

As Richard N. Haas recently wrote: “For now, and the foreseeable future, the US is unlikely to conduct a foreign policy commensurate with its interests and strength”.

FROM SPARK TO FLAME – FROM FLAME TO INFERNO
IRAN TANGO