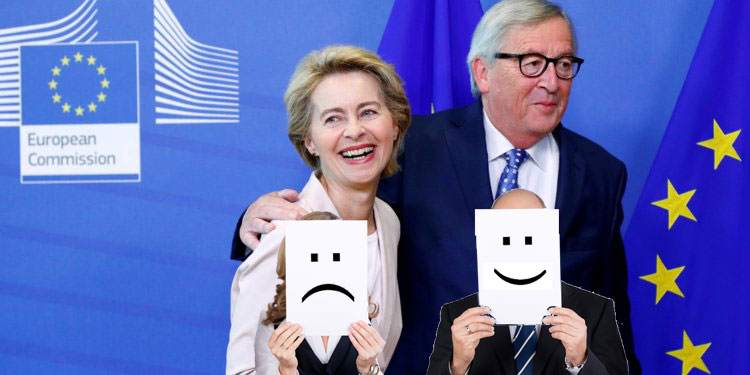 By the tiniest of margins, 9 votes, Ursula Von der Leyen has been elected to the Presidency of the European Commission.

Her selection as a candidate for this post has been done in camera with a process that surpasses in secret dealing that of the Vatican Conclave when it selects the new Pope.

Before looking forward to the future of the European Union, if there is one, the Presidency of Jean-Claude Junker in the same post, deserves a nostalgic look.

Junker managed just one thing, but for this he will be gratefully remembered by the romantics that believed that a real European Union was possible.

He kept the European lamps burning brightly in all European Countries.

Those lamps, that now begin to dim, were kept illuminating the ideals of a United Europe because Jean-Claude Junker showed the greatest virtue of the European Humanistic Civilization: 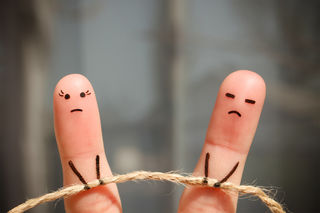 By siding verbally and morally with the weaker States and the needy, without reducing his support for a functioning economic system, the Grand European Bourgeois showed that Europe retained its long tradition of democratic values and exorcised the ghosts of the past that threatened to take Europe back to the 20th Century.

In order to gain more support, in her speech to the Members of the European Parliament, Von der Leyen offered up several ideas to appeal to different groups.

It was a speech which alluded more to the points where votes needed to be reached.

As Bloomberg reported: “Von der Leyen has pledged to tackle everything from environmental destruction to child poverty when she takes over the European Commission in November. In between is a scattering of plans such as helping small businesses raise funds…. her laundry list of things to do, which is big on ambition, but short on detail for now”.

The following are to be considered.

Her political past:
As a Defense Minister Mrs. Von der Leyen applied fully the post Chancellor Kohl dogma, as adopted by Chancellors Schröder and Merkel, that Defense is a waste of money since the US ensure European Security for free.

Under her Ministry, Germany dropped behind Turkey in Defense capability and is in the 20th or lower position among the Countries of the World as far as fighting aircraft and tanks are concerned.

According to Deutsche Welle, the new German Defense Minister is about to walk into the aftermath of a host of scandals left behind by von der Leyen. An investigation by a commission of MPs into a spending scandal involving the Defense Ministry’s allocation of lucrative contracts worth hundreds of millions of euros is already underway.

In Mrs. Von der Leyen concept, two Nations can dictate to the other twenty-six what to do, which is against the spirit and the letter of the European Treaties that provide national freedom within a common fully agreed framework.

This is served by Mrs. Von der Leyen as Qualified majority.

Qualified majority voting requires 55 per cent of member states to agree to a policy, and also stipulates that they represent 65 per cent of the EU’s population.

Further than this being the introduction of the two thirds Society, this is the opening of further concentration of power between Germany and France. Those two States can influence and/or browbeat, with their combination of political and economic clout, adherence of enough small States such as Estonia, Finland, Ireland, Latvia, Lithuania, Portugal, Malta etc., to pass anything, while the proviso of 65% of the population ensures the inability of small States to achieve a functioning majority.

This is now more likely to be imposed after Brexit.

The impulsive Brexit decision has more to do with the fundamentally different perception of Europe by the British People from the Brusselian One Europe, so very much liked by the Germans, Dutch and many French.

Multiculturalism is getting only lip service from the dominant European leadership.

Essentially the Von der Leyen vision of Europe is a Europe west of Strasbourg, with a tacit acceptance of the dictatorial tendencies of Eastern European regimes, such as Poland and Hungary.

For the South, she carefully avoided to pronounce on the Italian Economy and in the past, she had requested as security for the Loan to Greece, the gold of that Country and control of the Greek State ownership of Utilities and similar Companies. This position was summarily rejected even by Wolfgang Schäuble, the strictest Financial Minister that Europe has ever seen.

That means that the Trump administration’ s road to Transatlantic perdition will be fueled by European intransigence, when the World’s deteriorating geopolitical situation calls for more Transatlantic coherence and cooperation.

Her position on the Climate problem:
Von der Leyen made promises on environmental initiatives as well. She said she would put forward a Green Deal for Europe during her first 100 days in office and find ways to further cut down on CO2 emissions.

How one can steer an Enormous Organization such as the European Union to change a major direction within 100 days has not been explained.

If the CEO of a multinational Corporation had promised to turn around the Corporation on a dominant issue in a100 days, he/she would have been drummed out by the Board of Directors.

The Climate issue is so big that it will force solutions to be taken far more important than the promise of Mrs. Von Der Leyen to the Greens, so as to get their vote.

Her position on the Social issues of Europe can be gently described as Philanthropic:
The elephant in the room is of course the Euro.

The problem of the Euro is not technical, it is structural.

The solution can only be a political one.

The solution is for Germany and the North States to accept to support the financial deficits of France, Italy, Spain and the rest of the South in exchange for a significant increase in Geopolitical clout.

It is also expected that the deficit Countries will minimize their deficits.

Those grave political initiatives will have to be democratically legitimated by the all the member States that will bear the burden of reform, before they become a binding Treaty.

This is impossible as things stand.

No European group of People will democratically accept those initiatives.

The Euro will more and more be the main subject of contention between the members of the Eurozone and threaten its existence.

The EU was saved from dissolution by the mastery of Public Economics and the superb financial savvy of the outgoing ECB Chairman, Draghi.

His successor is not an Economist or a Financier but just another politician, prone to the same conceptual inability to understand and will to address, the real issues involved, and her colleagues, that are about to take the leadership of the European Institutions, are equally unfocused and fateful.

Europe is doomed to a continuous crisis, ruled by degrees without democratic legitimization and patchwork measures until its dissolution.

So, let us spare a last thought of Jean-Claude Junker so as to imagine a Europe that might have been.

Junker is now gone and with him the promise of a United Democratic People’s Europe is gone also.

THE HORMUZ STRAIT DAMAGES
DISRUPTION IN THE GULF