Europe, Till Death Do Us Part 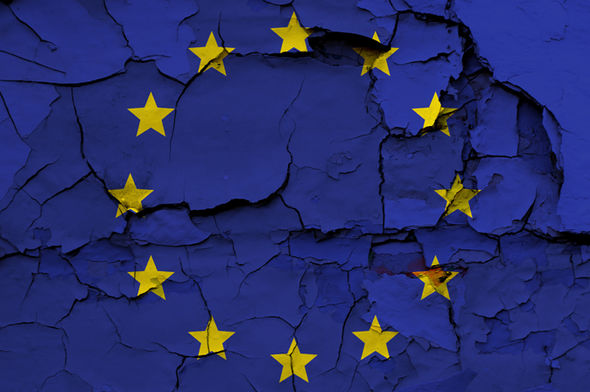 Europe, as a European Union, in the last decade is either imploding or decomposing , depending of the analyst’s point of view.

There is no analyst to claim that the European Union is growing or even that Europe stays the same.

Now that we are about to say, goodbye to all that, it is useful to look back, so that we can do some extrapolation of our European future, if any.

The Road To Perdition
The fractures became evident after the World Financial Crisis that started in the USA in 2008. They became irreversible when the big wave of illegal migrants/economic refugees hit Europe in 2014.

The disintegration though started before.

Two dates should be fixed as milestones:

Although, in the end, the cultural differences, in the broadest sense, are the principal causes of disintegration, the Euro concept is the reason of the speed of this demise.

In its effort to enlarge the market for mainly German goods and services, many Countries that were not ready for the Euro such as Greece, Portugal and Spain were encouraged to join. It was accomplished by bypassing the rules while the EU was turning a blind eye.

The greatest, built-in, flaw of the Euro was the Inclusion of Italy in the Eurozone. Everyone knew quite well that the Italian Economy could not function under the Eurozone rules, but they could not afford to exclude the third biggest Economy of Europe from the Eurozone.

As if that was not enough, the first countries to break the Eurozone rules were France and Germany. In particular, to ensure the responsible management of the Euro currency, the Stability and Growth Pact was signed by all Eurozone members. However, it was not Italy or Greece that torpedoed it – it was Germany.

In 2003, France and Germany had both overspent, and their budget deficits had exceeded the 3% of GDP limit to which they were legally bound. The Commission – then led by the former Italian Prime Minister Romano Prodi – had the power to fine them, but it was “Told to shut-up”, in his own words.

The whole European periphery became the best consuming Customer of the German Economy with the support of European Banking Finance, led by German Banks.

The Banks, left any prudential rule behind in a free for all lending party, that left the European Banking system bankrupt. Bankruptcy is attributed to loans to the Eurozone States (that the Banks knew well at the time, that they could not be repaid), as well as, the Bank-financed consumerism that was bound eventually to collapse as it did.

In 2004 the enlargement of the EU, made the European amalgam impossible to form.

It is not only that the new Eastern European Countries had less than half the per capita GDP vs. the previous European Union States. It is more important that those Countries, by and large, had no culture of democracy, neither in the sense of the democratic parliamentary process, nor in the sense of the economic democracy of the free market.

In addition, their concept of their geopolitical interest was and is different from that of the previous European Union.

The Visegrád Group, the cultural and political alliance of the Czech Republic, Hungary, Poland and Slovakia is not the only example.

The Russo-phobic group of Poland, the Baltic States and Sweden is another example.

Austria, Hungary and other Countries closed their frontiers with Italy stopping the flow of migrants and refugees.  They did not care about the flood of refugees to Greece Italy and Spain, because they did not consider it an EU but a local problem.

This is yet another example of lack of solidarity among the EU Countries.

As Danilo Mandić a College Fellow in the Department of Sociology at Harvard University wrote:

“From the Vatican to Downing Street, the refugee crisis has been acknowledged as a fundamental test of European politics and identity. Yet the refugee wave that shook the continent has yet to be understood as a dynamic sequence. I argue that the historic migration of mid-2014 to 2016 on the Balkan Route is best understood as the unfolding of two parallel processes: (1) the evolving population structure of the migrant population; and (2) the gradual replacement of criminal mechanisms of migration with government mechanisms.”

This period was the moment of truth for the European Union.
Germany, the biggest in every sense country of the EU by far, chose neither to lead nor to align in a common for all policy. Germany chose to dominate the EU without the responsibility of Leadership.

A German dominated Brussels was acceptable when it was writing the checks.
When Brussels became the German enforcer, the other Countries started to opt out.

As if the internal stresses were not enough, both the USA and Russia decided that a United Europe is against their Geopolitical interests.

In 2016 President elect Trump stayed that he did not recognize the EU as an interlocutor to the USA but only European States. President Putin was already doing that on the sly.

Following the Ukrainian imbroglio, the statement of the quiet speaking Chancellor Merkel came as a thunder:
“With the US we are not friends anymore, only partners” The centrifugal movement of States away from the EU started with the badly planned Brexit while movements of independence emerged from Scotland and Catalonia to the Italian North.

The Way Ahead
What Brexit, Catalonia, Lombardy and Scotland demonstrated, is that peoples of Countries and regions are not satisfied with the present rules and results of the actions of Governments, at the regional, national and European level.

The foundations of Europe, already shaken by an erratic and ambivalent Brexit, are going to be further severely tested by the formation of the new German Government which, of necessity, will heel to the right. This German Government will not be able or willing to give to France the necessary leeway for restructuring its financial, economic and labor, chronic problems.

Macron’s Government has been warned already by the social forces of France, not to cede any further to German demands for rationalization of budgets, austerity in Public Finance and streamlining of labor laws and regulations.

The abandonment of the Berlin – Paris axis on top of Brexit, Eastern European dissent, the schizoid behavior of the South that wishes to keep the Euro, without the constraints of the Eurozone, Austrian autism and the lack of a geopolitical understanding of emerging threats by all European Countries, is leading to a European Union that will remain only as an empty shell, if not replaced by another less ambitious but more functional scheme.

The present European Union will not survive in the next ten years.

The main reason is that the European Union was not really a free Union. It did not give the constituent Countries the perception of freedom in the same way that citizens should feel that they live in a free Country, as defined by a Senior 19th Century Statesman:

There is neither Political nor Cultural coherence. For the moment only rust and habit keeps it together.

Iran – Turkey the ex-Hostile Neighbors
A Disaster Waiting to Happen